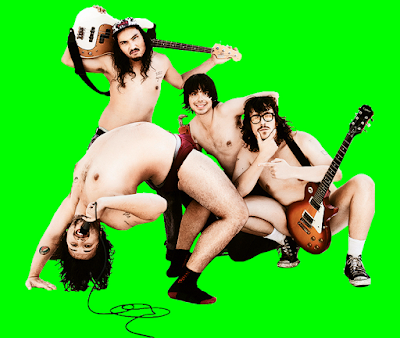 
Here is the second part of our date with White Fang. If you miss the first part, click here.

For information, White Fang is currently touring Europe, so don’t miss them! And their last album, « Chunks » came out few months ago via Burger Records.

x You describe White Fang like that "It is about partying and being wild and free."

Rikky: We take ourselves seriously but we don’t think ourselves too seriously. We pay our manager, we book tours, we’re not just puking on the floor and falling down the stairs or whatever. Ok, we do that too. But there is something missing with formal rock music or guitar music.

R : For long I most listen to rap music and dance music, even if there are a lot of guitar bands I love, but there is so few these days because it’s just serious job right now. Like Pitchfork kind of talk “this guy wrote the greatest song of this generation, it blows my mind and I feel the emotion of all of what I lost when I lost you…” What a fuck ?!
What happened to stuff like Twisted Sisters, Mötley Crüe - Girls Girls Girls, Poison, Unskinny bop bop!!! Where are the fun and shows like that anymore?
The fun bands are good too !
We take ourselves seriously because we wanna be good, and not waste people’s time.
We don’t wanna be the guys on leather jackets with haircuts, real skinny, really cool all the time, “I got to do it cool like Joy Division , Marc Bolan, 60’s stuff “ or whatever your fucking trip is.
I’m in the living right now. I don’t like to live in the past.
I think a lot of rock music is nostalgian. People try to get really inspired by something which was really cool and wanted to be part of it so bad that they tell themselves that they are part of it…


x So your way of seeing your music?

R : Just not being one facet. It’s important. We can’t stand to only one thing. And I like music so I want to make that on my own and don’t limit myself to anything.
If you really like music, if you wanna give it to the audience, it’s not one genre, it’s all music you should check out. Even if you don’t like, listen to it again in another year, you’ll hear it totally differently.

I listened to Britney Spears, on a regular, then I switched, to… Slayer, then switch, to Ween, then Young Thug etc… I like everything. A lot of people in this rock genres, have a uniform, a look, like a goth, a punk rocker, a metal guy, and the music is like that too, but it’ s an accessory to the look, like a bracelet or a necklace to their fashion that they already have. And the music is really not the most important thing for them.

Funkle : I think people are really self-conscious about looking stupid, and that’s the big part of it, like walking in the street and for every steps thinking “Am I doing the right thing, Am I fitting in, Am I fitting in …” No time in life for that!

R : Then you look at yourself on your deathbed thinking “I did all that shit wrong”… My first personal philosophy is just : live your life in the moment but do it in a way, that you have your quiet time, the moments when you meditate, you set yourself goals, limits for yourself, and with that just go for it, don’t think about anything, follow your instinct. But if you set yourself up to be a good person, you’re not gonna fuck around anybody.

But concerning music, I’m excited because things are so good now but I think the best shit still gets to come. A lot of young people are gonna have really cool stuff soon.
And I believe in songwriting. I think the main thing is rock music will maybe make people think about lyrics again, in a way. But who knows, I dunno about anything, I just smoke weed.

x Are you afraid of all that Trump stuff in the US ?

R : Mmm, no, I think that whoever is gonna win, some already did decide that shit, it’s like WWF. But I think there is nothing to be scared of.
F : I think the future looks dark in a lot of ways but that has nothing to do with stupid ass Trump or anybody.
R : The real problem is the wealth of people, the repression and weakness.
F : And just the evil twisted corporations that rule this world.
R : The banks choose the president already.
F : And if being a president has really something to do…
R : It’s all distractions.
We were in Brazil a few weeks ago and they dismissed the president there, it was crazy, there were riots in the streets etc… Right now there is a temporary ban on Whatsapp… They spent all their government money on the fucking Olympics and there are some bridges which are falling apart etc… They want you to think about Donald Trump, they don’t want you to think about what’s really happening like people dying or in the bind because government messed something up... Trump is not really the big problem, the big problem is people following the Trump. It’s just like American Idol, in real life. That’s so scary.


x Can you say some stuff about your other projects and their evolution ? Unkle Funkle, Free Weed, Jerry Rogers, The Memories…

R : For White Fang, we’re keeping the idea of being dumb but also making it matter too. Our next album / songs we are writing right now are just as stupid but more political. More about, about… it will make sense when you’ll read the lyrics… but about growing up in a box and getting out of it, about the right to choose…
All this fucked up shit which is going on the world, I know it, but I’m in a van with my band getting drunk with my fat belly. So like the duality of everything and going deeper into that and about that there is a reason behind our stupidity, there is a method. That’s like the nature of White Fang.

The Memories is pretty open. We’re gonna get more and more jamming. We’re gonna learn a bunch of the songs from our previous records that we never played live, and become more like Grateful Dead vibe, not in terms of music but getting more... free.

And Free Weed, I’m writing more dance music about sex. And sexual repression, how it creates deviance and how sexual freedom is a good thing.

F : Unkle Funkle : I just put out my newest record so I’m kind of free to take it into a next artistic direction. I’ve been edging with the idea or directing a band and having more and more sorts of approach to my composition and direction.
If you look on almost all my released material, it’s like all dance music. That’s a direction I’ve kind of moved slowly towards. And I want to write music for other artists as well, so production and writing for other artists in LA and around. And I have a new project with Colleen Green, a collabo, which will be very dancy.

J : Jerry Rogers : I’m working on finishing up writing my new album. I wanna do a kind of hippie thing. Songs are pretty simple, about anything, like me being stuck on an island etc… that will be coming up by the end of the summer.


x By the way, did you smoke weed with Justin Bieber ?

R : Nooo, I didn’t even talk to him, unfortunately.
J : My friend pissed next to him.
R : There was, like, little baby dick ?

Rikky : In Amsterdam, I tried the most expensive weeds in almost all of the coffee shops and there were not one, which was even close to the one from LA, even if it’s still good there.
In LA it came to the point that it is a big money thing, a big industry. They have crazy scientists, they always try to be the best as there is a lot of money going on there. In a lot of places they have to legally tell you how much THC percent there is in it, and it is like 25, 28%, and in general for around 10 dollars a gram and it the best shit. And for High Times magazine ranking, all the winners of the best weed, it’s always either Los Angeles or Oregon, CA. Like Holland never won anything. Maybe there are good stuff in Holland but more in the suburbs and smaller shops, the tourist places purposely don’t have the strong stuff cause they don’t want to be embarrassed by like tourists being all fucked up. 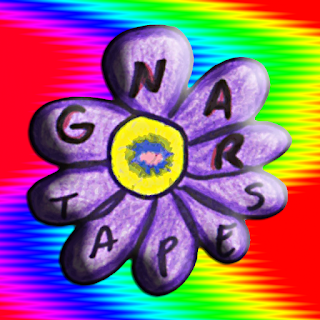 Thanks to White Fang, for their kindness and viral good mood.
Go and see them during their tour and on the web, you can read again the first part of the interview here.
Thanks also to Wild Wax Shows and Dolphin Lovers.