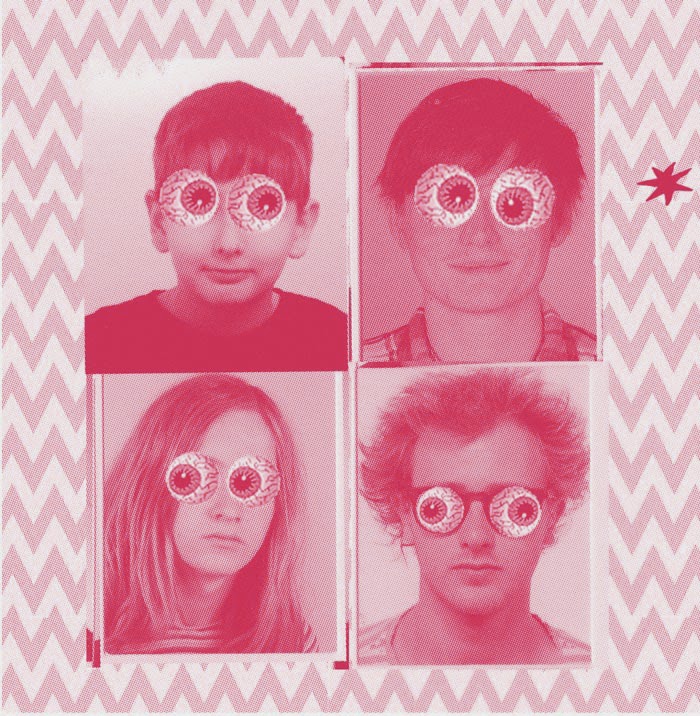 
Leipzig, East Germany, ZHOD, Zentralheizung Of Death, (Central Heating Of Death). It’s quite difficult to find informations about them despite their few releases here and there but their new LP, " Would You Rather… ", is clearly one of the mandatory new records of this year.

Out very soon on the 30th of june, it will be released on the berliner label Alien Snatch Records, which we usually know for its pure punk releases. Nevertheless, the young germans blow up straight away the genre by combining and enhancing some garage fever and sunny powerpop. They play fast, good, and they’re hungry. You could feel a little bit disturbed during the first listenings and then the penny drops. They grab your hand and take you in their crazy journey… Some sonic bombs, purely rock and roll, sweeping rhythm, twisted structures mashed together in a big but very well mastered mess. The efficiency is there and the power is definitely increased when you see them live.

So Would You Rather ? This is their first LP. The A-side lays the foundations (Chatroulette, Jodie’s Car) then the B-side moves on to some more serious business. The bombs are turning into rockets, all of them : Busy Ghost, Stay Rad, Slenderman, Pressure Leak and finally Falafel 666, this is a perfect sequence, which makes you come out of it dazed and weirdly smiling. What happened ?


Listen to it and preorder here :


The quatuor answered to some questions and they‘re introducing themselves below :

Marian ( guitar / vocals ) : I try to get rid of my hangover, hangin' in this small farted hotelroom ( that is a fucking kingdom by the way ) in Tilburg right here. This is the song I am listening to.

Georg : I don't do the drums. I am sitting with a chair on my bed since I don’t want to dirt my sheets anymore with my dirty butt. Indeed, it's waggly. Currently I'm trying to find a way to make dirty money. A lot. Also just found a room in this city I wanna move to. Gonna call this guy tomorrow. His name is Alexander. Sounds so boring… But seriously working on a cartoon for the band. A musicvideo. Today I did 3 seconds.

Hans : Playing the bass ( is that actually an instrument? ). I am also playing the drums in XMOMOX, which is a good balance for me in addition to ZHOD. I am doing the usual shitty jobs to have time for the bands. Gonna start a small zine including tape soon, there are too many small bands out there I wanna interview, hope it's gonna workout.

Kirmes : I am on a chair, in front of my laptop, I am currently thinking of good answers for these questions, but I can’t think of any. 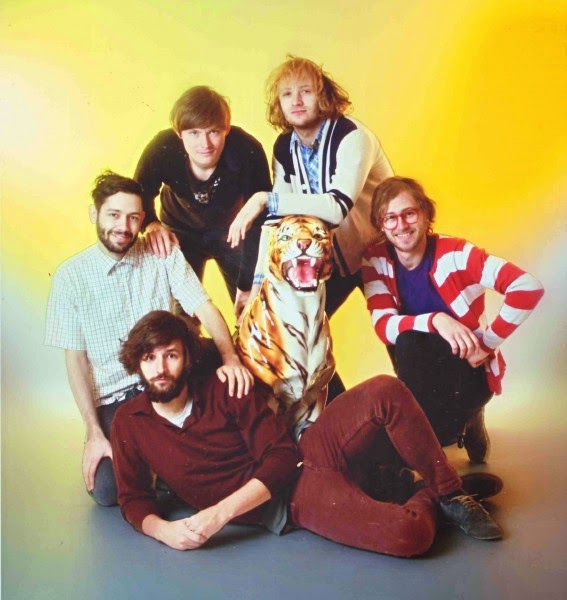 Marian: Definition of R'n'R: just recently heard that the term was used for getting your girl, driving to lover's lane and getting it on, back in the 50s.
but : for me it's just bunched weirdness that gets my ass moving, a feeling, way of life & thinkin' and a possibility to get rid of shit and the people that come with it. Let's see what google images has to throw in… oh shit:

Georg : Music to me is this wave-thing that co-waves with your current mojo. By mojo I mean that life energy keeping you alive „happy“ and groovy. More or less. More less. Or maybe less more.
I can't control my mojo, so I can just hope to find music that works out with it as it is in that period of time in my life. If that whole thing works out it doesn't matter if you're happy or sad or whatever. That fitting thing between mojo and music makes me feel warm and home. Even if I'm depressed as hell. I can enjoy it then. So in the end music is everything to me. Thank you god. Thank you so much. Doing music by myself or with the band is just for having fun. I don’t express myself with it. Fuck expressions. I'm almost ironic with everything though.

Hans : How should I describe that? Maybe freedom to do what you want to. Or do you mean wild guitars and shaking your hips? I am trying to stitch my daily routine and have fun, hopefully it will work out for a while.

Kirmes : Rock and Roll, for me it’s the sort of music I can listen to if I wanna have fun, music to switch off your brain, music to let yourself go... It really depends on all surroundings how I feel when I am doing music, usually I am feeling extremely light and good, sweating some shit off my brain, wasting some energy... 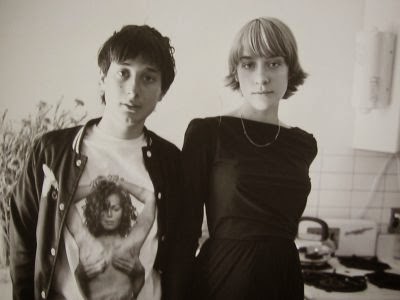 Marian: I really like this one - it shows Chloë Sevigny and Harmony Korine, they are kind of my 90s dream couple and met around the time they worked on Larry Clarke's Kids. It was starring Chloë as some desperate Aids infected teengirl and Harmony did the screenwriting I guess, eventually they fell in love and kept on working together, which brought us for example the great Gummo . Korine went on producing great and weird movies like just recently Springbreakers, and Sevigny became kind of a fashion / it girl or something like that, but in a nice way. What I like about the pic is how they seem very close, optimistic and seeking for their future... you can see they are both very strong characters, of course it didn’t work out hehe. 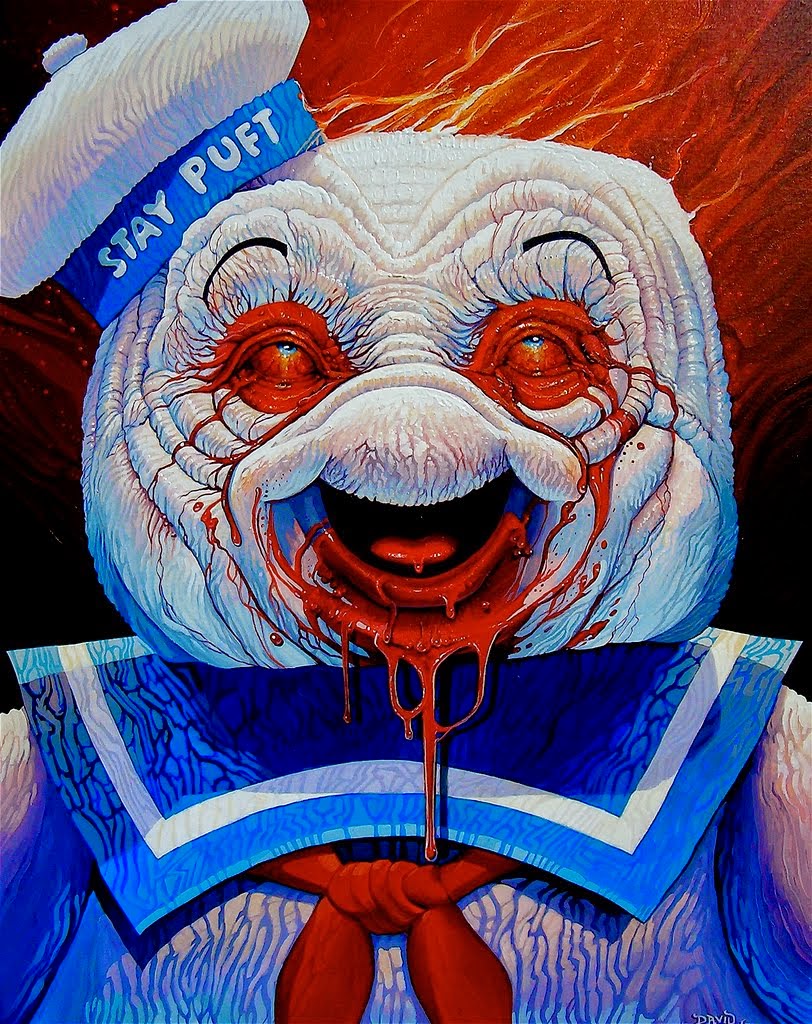 Georg : This is my desktop image for a while now. And I ain't gonna change it, hell no ! I just like it bloody.


Hans : I like the cover of the Beatles' "White Album" hahaha. 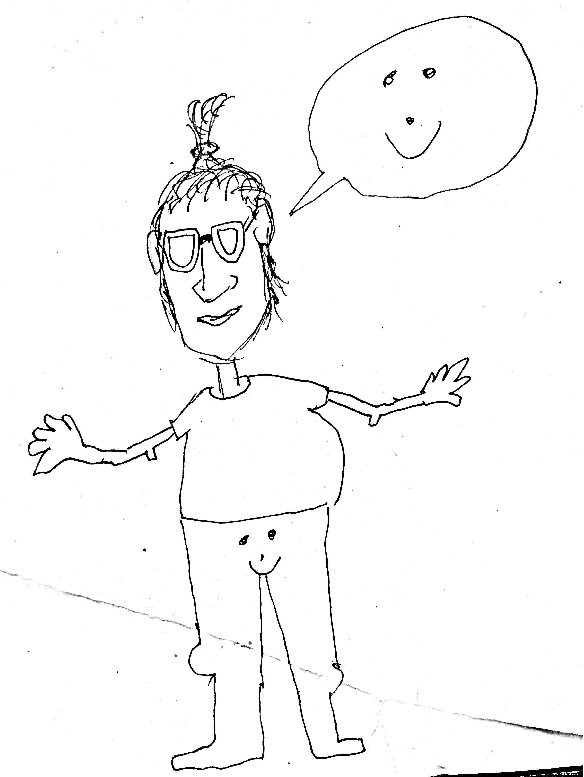 Kirmes : This is a really realistic drawing of George, our Guitarist, I am really enjoying the fact that his dick is a smiley, and that he only thinks of smileys, I am also digging the fact that he got fat and that he's having this weird queue, which makes him look like a fat dumbass.

Marian: I used to dream of the same witch that wanted to kill and eat me for years till I was 12, recently my worst nightmare was that I dreamed I had to kill my mother's dog Charly with a knife 'cause he was ill. It felt fucking too real!

Georg : Get my nose broken and sunburned. Get fat. Get old. Get kids. Stay stuck in this stupid country forever. Or to meet that stupid witch this other guy dreamt of too many times.

Hans : JI just had this weird dream of having to teach a 5th grade class in music and was wondering " How the hell am I supposed to do this?" The principal was like " You have ten minutes to prepare class, I know you can do this!" Thanks man...

Kirmes : Loosing any of my senses.

Georg : What do you want me to say? I'd say a moist vagina. Is that an official „place“ ? If not, well, then someone should change it into it.

Hans : The waterside, woods, squats, concerts everyplace I don't have to legitimate my drugfree / vegan way of living in front of some douchebag. I am not annoying anyone with that shit either, I enjoy to be on the road with friends/bands and end the day with positive memories.