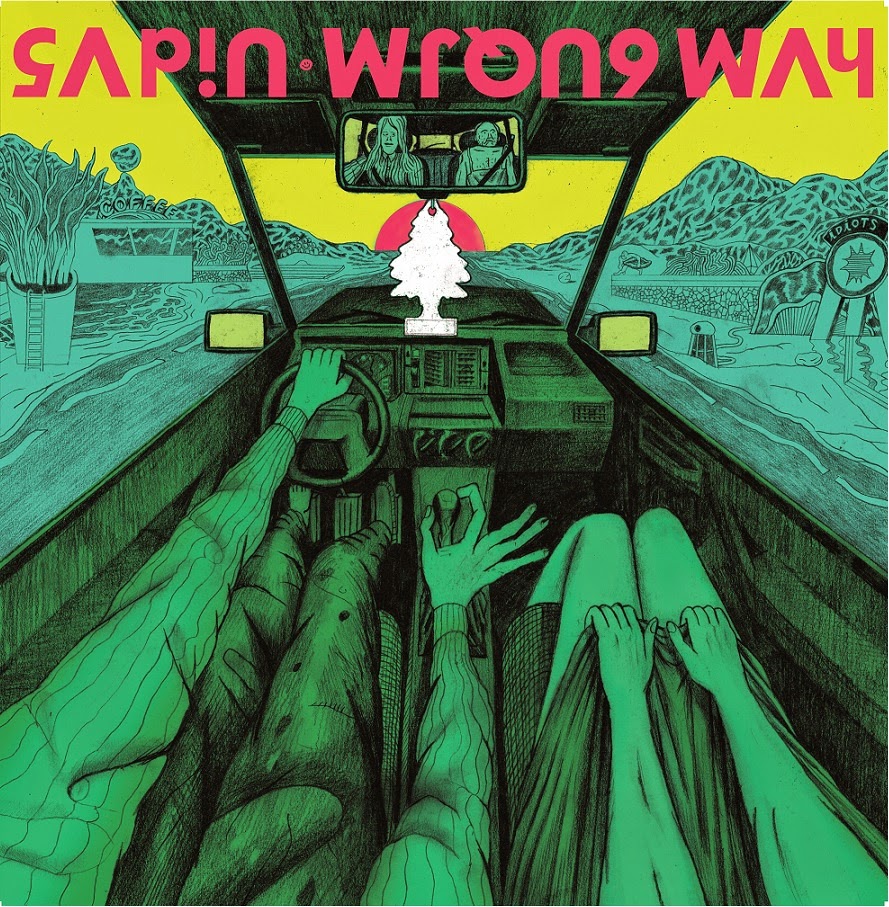 
Sapin is the band from Brittany (France) that takes you on a trip to Road 66 with their nervy garage music, spiced up with some country rock energy escaped from the 60's, and some tunes like Wrong Way or Rock around the topic. But Sapin has many cartridges in their shotgun and also walks us on long lost hidden places with Lost Beach and Mama and their folk-ish melodies. We also find some surf music tendencies, but actually it's so boring to over repeat and try to find what genre they might belong to when Sapin delivers hybrid songs, dwelling with originality thanks to the timeless trio, bass, drums and guitar. More than that, they seem really far away from those labels one wants to stick to their forehead, they go by only one rule : "a DIY rock n' roll, and getting as much pleasure as we can out of it, and let’s see who digs it..."

With their first LP Wrong Way issued by Azbin Records and Beast Records, Sapin succeed in finding the perfect alchemy between those influences, with raging guitars reminding of the Black Lips or Growlers. It's no surprise that they've been invited to the Binic Folks Blues Festival this summer, followed by what we would expect to be a great tour for this not more than 2 years old band! It's not a first try though. Pierre, Duc and Zlat, started all together in Black Jack Davy and first draw their guns in the musical sphere, 8 years ago, but lacking time, the boys held on mute. Sapin takes advantage of it, and manages to create its own identity, for which you'll trade your boots for real cow boy boots, finally giving a meaning to the ridiculous cactus put on the table of your living room, because that at least, doesn't rot.

So go and chew some tobacco while flooding your guts with Desperados beer (out soon in the US we heard, stay tuned...), they love it. But most of all go shake some asses and hips to their gigs! All the dates are on their facebook page, and their EP's and LP's are for sale and available for listening and for free on their Bandcamp. They have plenty for you and your friends and they deserve it. And if you're not up to it yet, you might change your mind after reading this foggyview ! 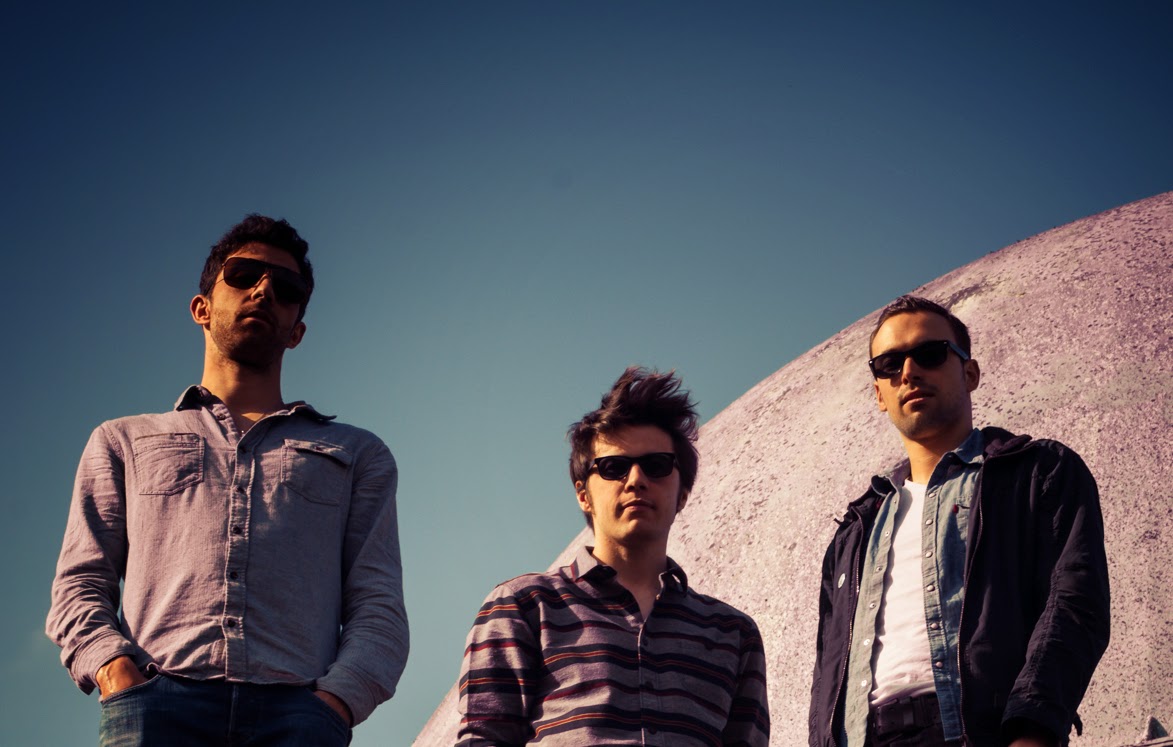 « We are Sapin from Monterfil (France) and we play rock and roll. You can call it garage, country, surf music, shit music, we don’t care. We just released or first LP, only hits. »

Our goal is to create some songs we’d like to listen to. The first ambition is to play some stuff we find cool, it sounds stupid to say that but actually it’s not as obvious to do it well. With Sapin, we’re not coming up with anything new (oh yeah, really ?), we’re picking up some stuff here and there. Finally, each song is our own B side of one song we like.
The second ambition is that people would take pleasure by listening to our music, on their turntable, in their car or at our gigs.
If we can achieve that, it’s perfect for us ! 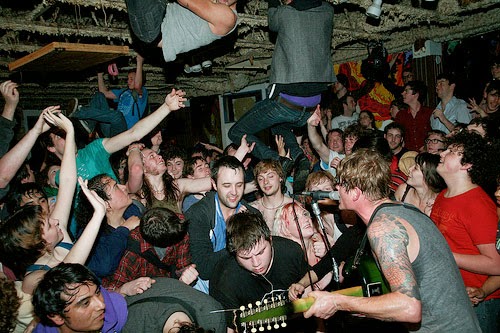 The other day and for the first time at one of our gig, a guy crowd surfed. We were so happy we didn’t sleep for three days because of that, so crazy ! So I can’t even imagine a gig with such a mess !

To be invited at Hanouna’s tv show (a french early night show, ed. note), to put up with his shitty humour and his creepy commentators, I’m sure it would be a very traumatic experience.

The dirty backstages of the bars we’re playing at. We congratulate each others, completely drunk and ask ourselves where all the groupies are and what Burger Records is waiting to release one of our records.

Laura Bauer
Thanks to JL.