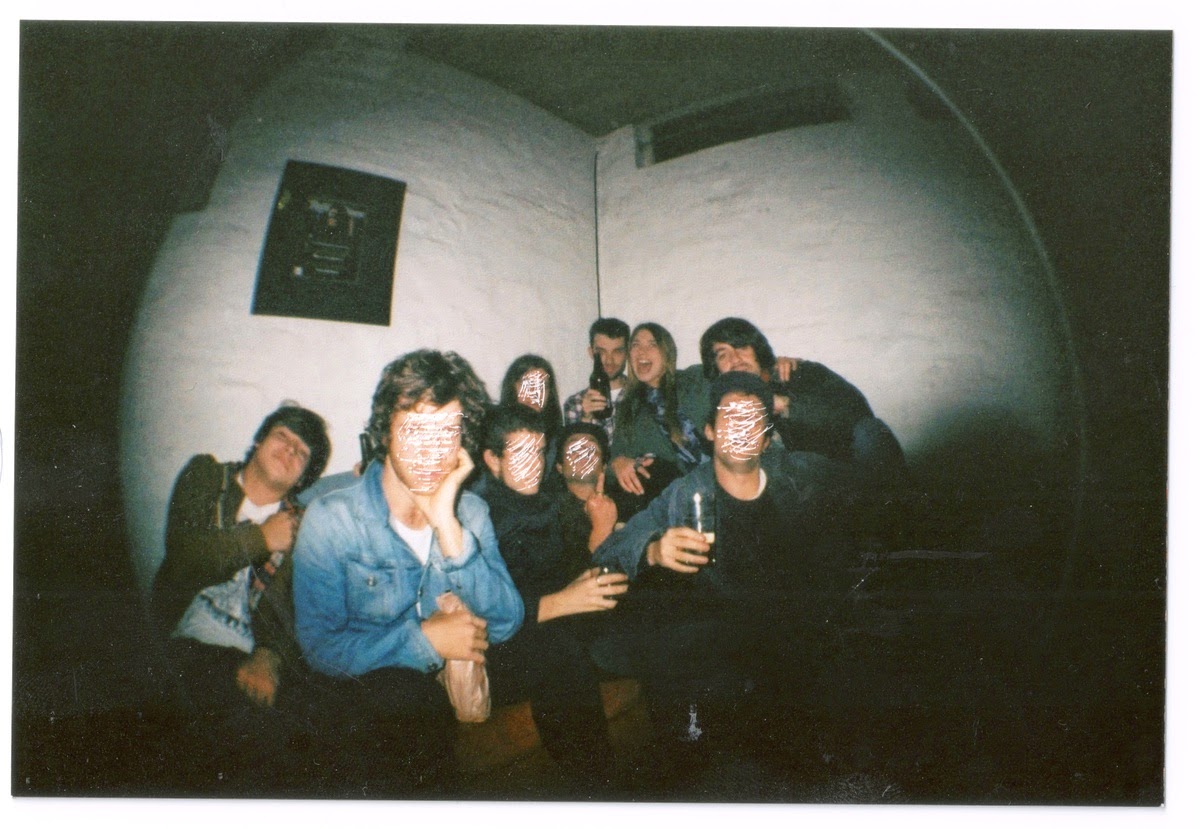 The Aussie quartet like to introduce themselves as "jerks from Sydney influenced by cheap beer and spicy chicken who make the kind of music The Ramones woulda made if they had an extra chromosome". Sounds promising, yeah? So let’s have a closer listen to their recent work and take a fuzzy ride through the Bachelor Pad’s discography.

The first release of the Australians was in 2011. With the tape "No Brains, No Headache" they delivered a punk-lo-fi record filled with catchy tunes that had the charm of bedroom recordings but still some potential for improvement was visible. Their song "Summer’s Coming" also caught our eye at that time and we were proud to include it on Foggy’s music selection vol. 12.
Other releases including the EP "Everyone Who's Not Us Can Suck It" in 2012 followed. The attitude of the band was clearly stated in songs like "Katy Perry's Amazing Breasts". These fellows definitely don’t take themselves too seriously and are up to fun lyrics. Throughout the last three years Bachelor Pad changed their musical style from the rough vocals to more defined ones. It is not quite easy to put them in one stated genre of music since they combine several elements from soft and poppy surf-rock and rough lo-fi punk but at the end, who cares?
"Dooming Out", their most recent release, that came out in January 2014 is filled with danceable and super catchy songs. "Movin' On", "Never Coming Back" and "Fried" are some of the examples for surfy and dreamy melodies that sometimes tend to get a bit kitschy (but in a good way). Then again, there are also songs like "Greaseball" that attract attention because of the outstanding harsh sound. Variety is definitely present on this record and it is quite a good one. Bachelor Pad worked on and perfected their style since their very first releases and yes, you can clearly hear the result of their progress on "Dooming Out" now. While listening to this LP I had associations with bands like: Useless Eaters, Ty Segall, Splashh and Fidlar. WELL BACHELOR PAD, YOU DEFINITELY DID EVERYTHING RIGHT. Strongly recommended!

Huw kindly answered to some of our questions...

"Bachelor Pad is a 4 piece rock ensemble comprised of the four tallest individuals from the Rock n Roll capital of the world Sydney, Australia. We use fuzz pedals, Casio keyboards and off key singing to make the best power pop you’ve ever heard. "

We make music for the lowest common denominator. Being smart is overrated. Being original is overrated. What’s the point in trying to do something new when playing the same three chords over and over is so much fun? We feel good when we play because people give us free beer. 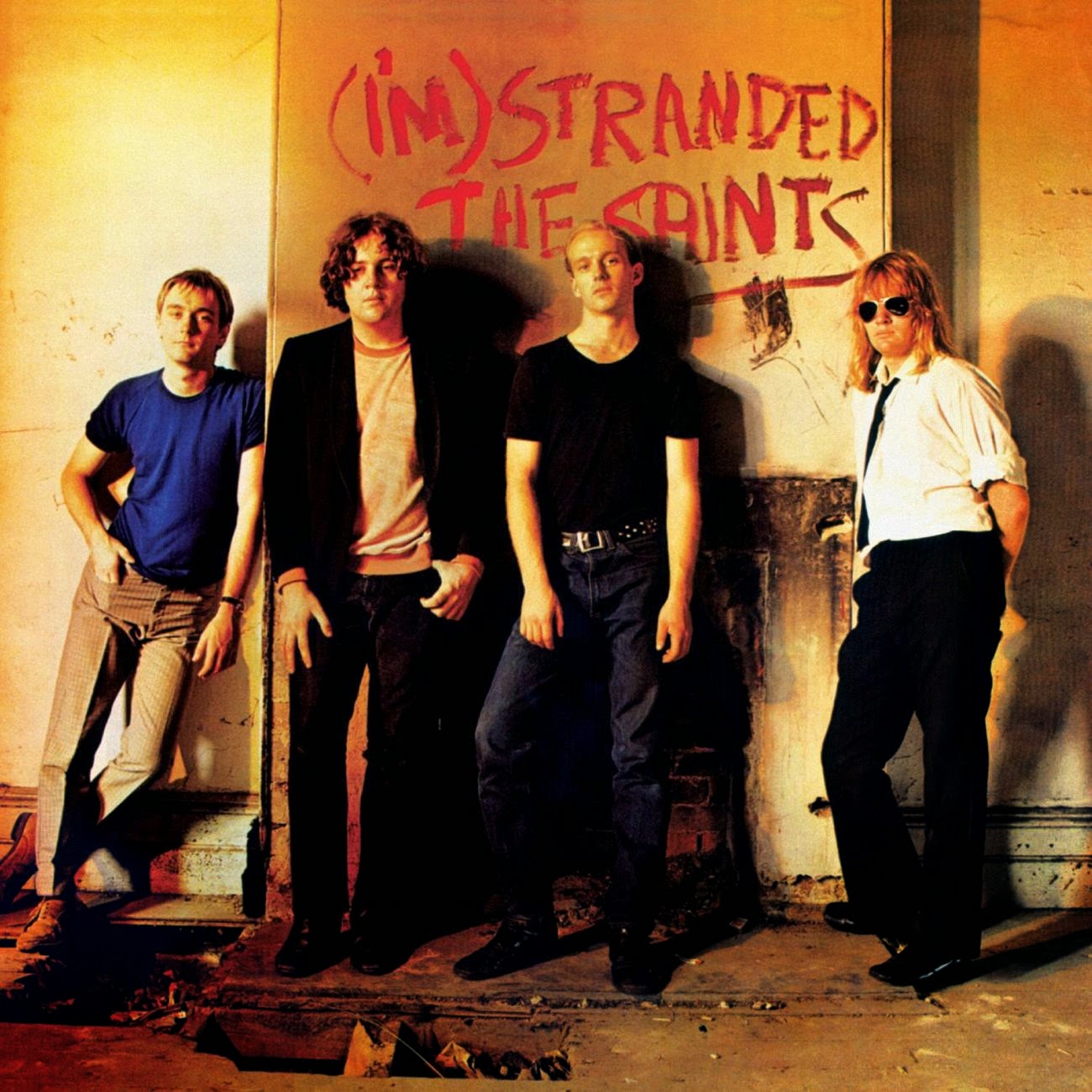 The Saints were Australia’s first punk band, putting out there first 7' in 1976. Ed Kuepper didn’t have a guitar amp, he played through a PA system instead. They emerged out of Queensland which was Australia’s most backwards and conservative state and took the world by storm. Even though I think the word "punk" is stupid they are by far the greatest punk band ever.

Being hung over at work. The struggle is real.

The beer garden of my local pub on a Sunday arvo drinking jugs of beers with my mates.

- Gerling – Children of Telepathic Experiences:
THE greatest Australian band of the 1990s, which is saying a lot because Aus music RULED back then (check out The Hard-Ons, Custard, You Am I, Regurgitator, Happyland, Magic Dirt, Mach Pelican, ANYTHING that aired on the program Recovery and you’ll see). This album effortlessly skips from one genre to the next in the space of a song and we even named our band after their song "Bachelor Pad".

- Thee Oh Sees – Help:
A modern masterpiece, one day I will write a song as good as "Enemy Destruct" but until that day I’ll just keep listening to this.

- Eddy Current Suppression Ring – Primary Colours:
The best modern day Australian rock band. DIY champions that went on to the conquer the world. The most amazing guitar tone you could possibly get from simply plugging in and playing. Mikey Young is a genius. He also mastered our album.

- No Brains No Headache (9 song tape) Self released

- Everyone Who’s Not Us Can Suck It 7' Self released

- Dooming Out LP Self released

- They will release another EP before the end of the year