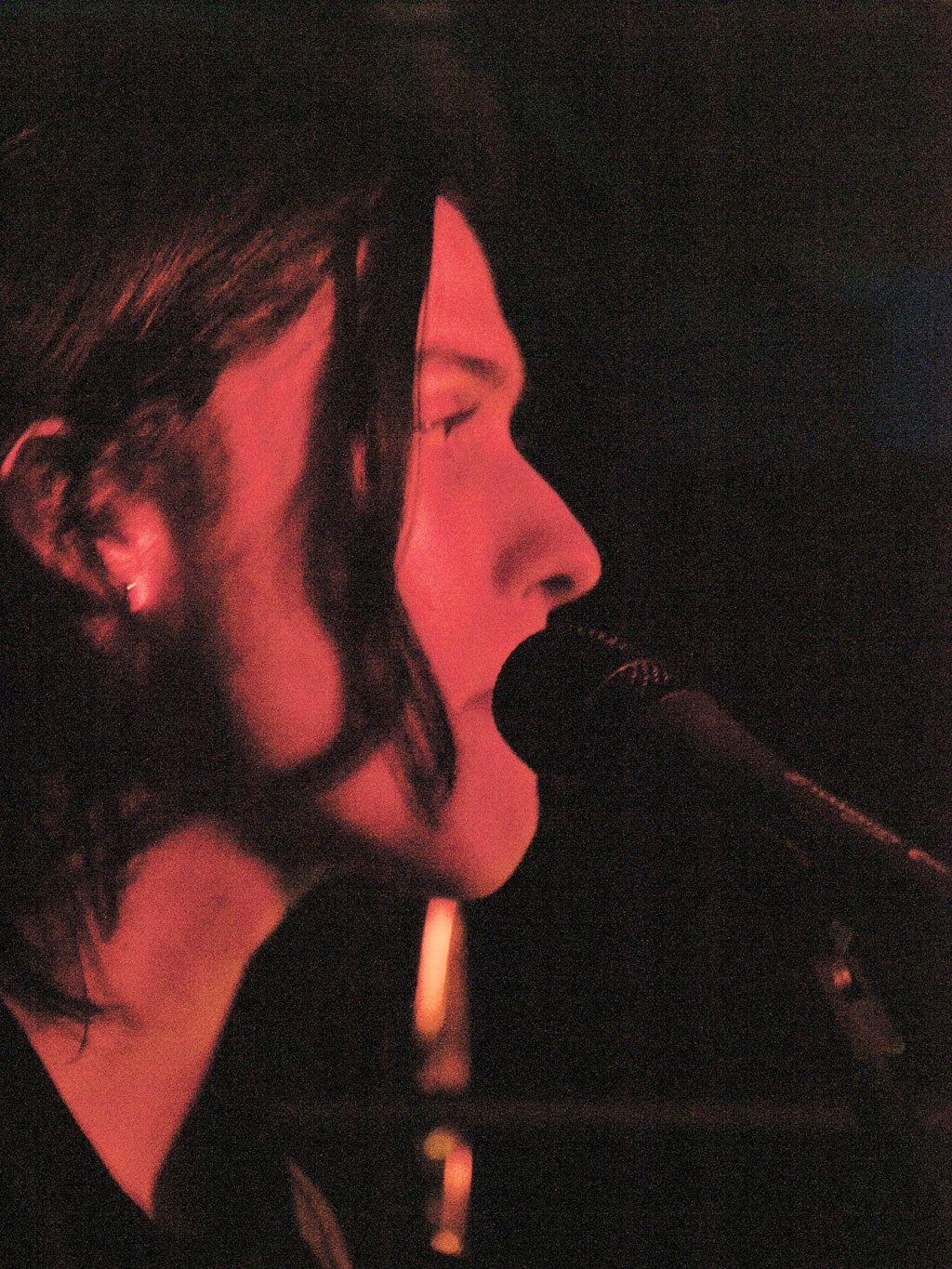 
Let's put it like this: I had been warned that the Shears Twins are a crazy bunch. It's just that I didn't quite expect the outcome of going to one of their gigs.

With The Garden's stage time at Komet Club being 10 pm – which is, without a support act, pretty late already for a weeknight – and someone (either club staff or their manager) being into football a bit too much, we legitimately wait upstairs for a full 45 minutes until the Champions League watchalong is over and we're let in. 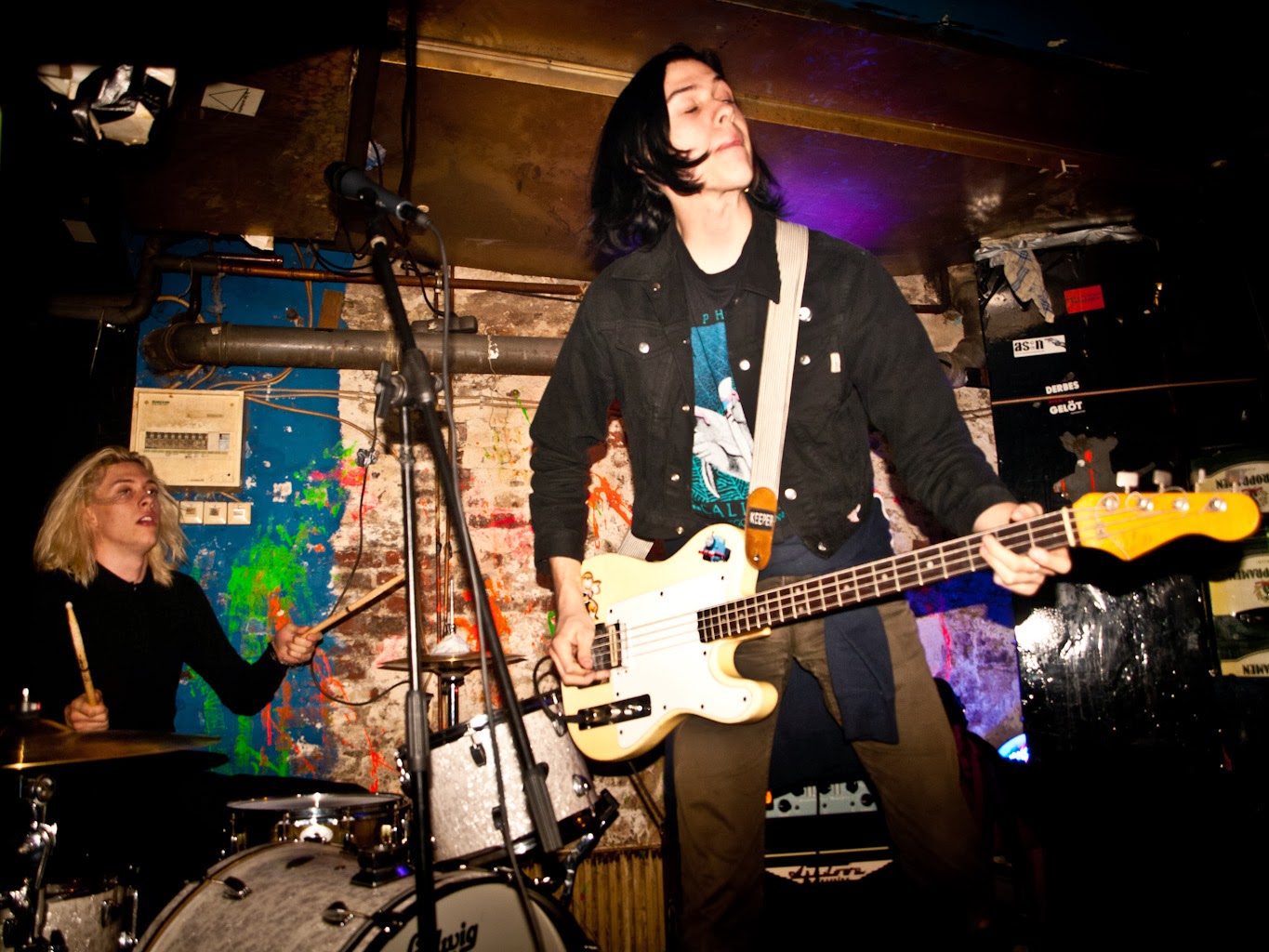 As soon as the show begins, though, all disappointment is swept from my mind immediately, with a mix of amusement and awe taking over very quickly.

Identical twins Wyatt (bass) and Fletcher (drums), no older than 20, grew up in Southern California. Unlike those modeling first and then feeling the need to start a band, the Shears twins were hit with an offer by Yves Saint Laurent after having played a show at The Echoplex in January. Just the other way around. They're now the faces of YSL's Fall/Winter 2013 Menswear campaign and basically Hedi Slimane's new muses.
But does that stop them from playing to 40 people in a tiny basement club in a European city?
Not at all.

Their setlist is packed with 23 songs, but trust me, they play about 30. Is it any wonder with half the songs being 30 seconds long, though? While Fletcher, squatting on his drum throne and making faces at everyone photographing him, gives us fast beats – a lot of them made up on the spot as well – his brother keeps shouting ordinary things like "I see an 8 foot tall man walking out of the forest", "VADA VADA!" and "I'm a woman" at us.
And sometimes, when nothing else comes to mind in between songs, intelligent outbursts like "BLAARRGGHHH rainbow." 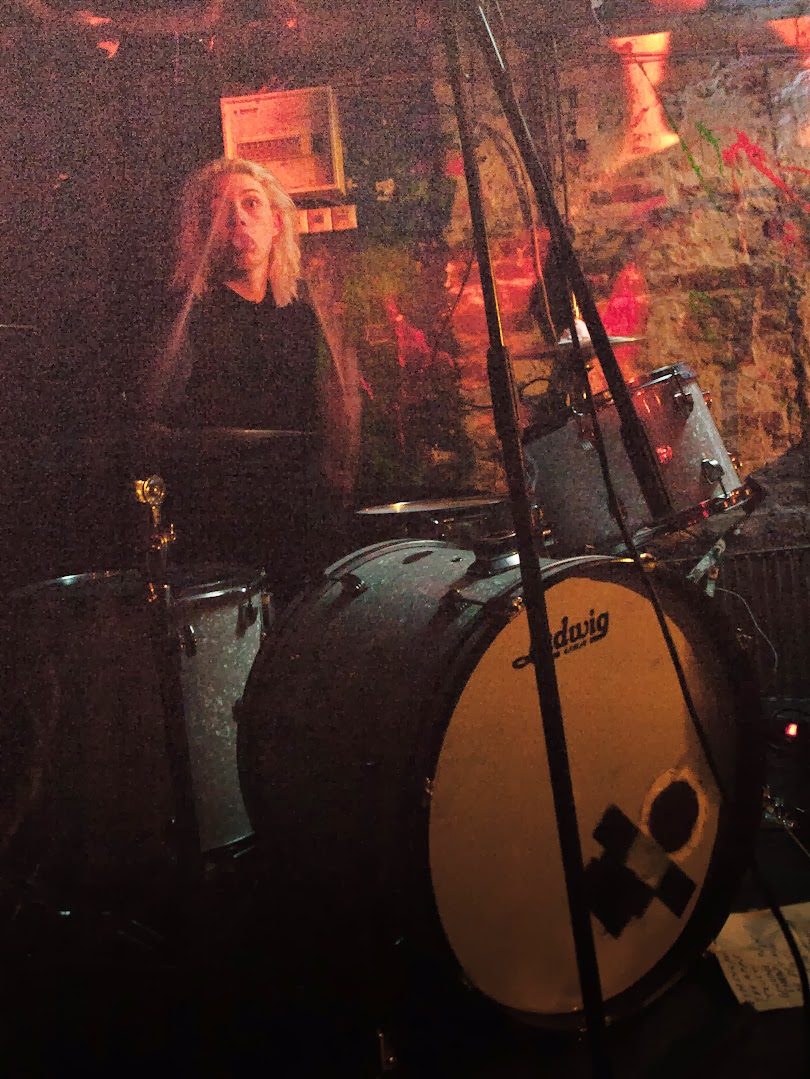 I know the crowd enjoys it, but barely a quarter of them manages to move more than a few inches because they're both intimidated and awestruck by the craziness and laziness of these twins.

After about half of the 60-minute-set, we get the weirdest encounter with The Garden 'playing' us a quick interlude: Three or four songs consisting of Hip Hop beats from Wyatt's phone and the boys rapping. Both of them. While jumping around of the two square meters that the stage has to offer. And sometimes in the crowd.
No one can pretend they really saw that one coming. 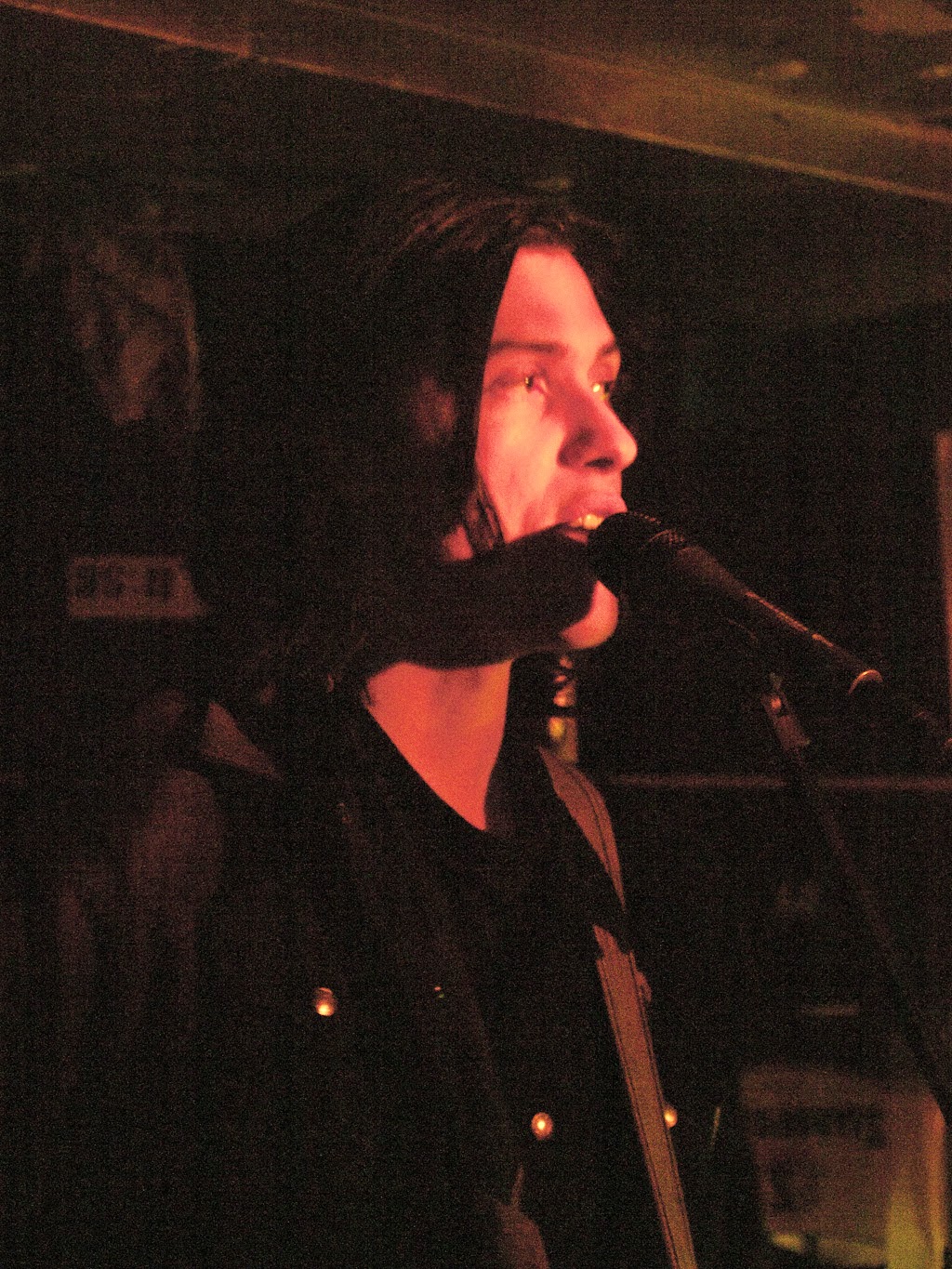 "You don't like us, I know you don't!," cries Wyatt in between songs, and I'd love to tell him that's just our Northern reservation – we do seem aloof, but we're usually just shy.

Wyatt is convinced that we do like him when a few brave fans call for an encore after the set, and we get another three or five or maybe seven songs … who even knows with those lengths?

Let me get this straight: The Garden twins are more than just two pretty faces (undoubtedly), they're great entertainers as well, and even if you don't like to listen on their dirty lo-fi garage punk on record (which you should), you better go see them live the next time you get the chance to.
And don't be scared to yell along: most of the songs don't consist of more than one sentence.
Learning by doing. 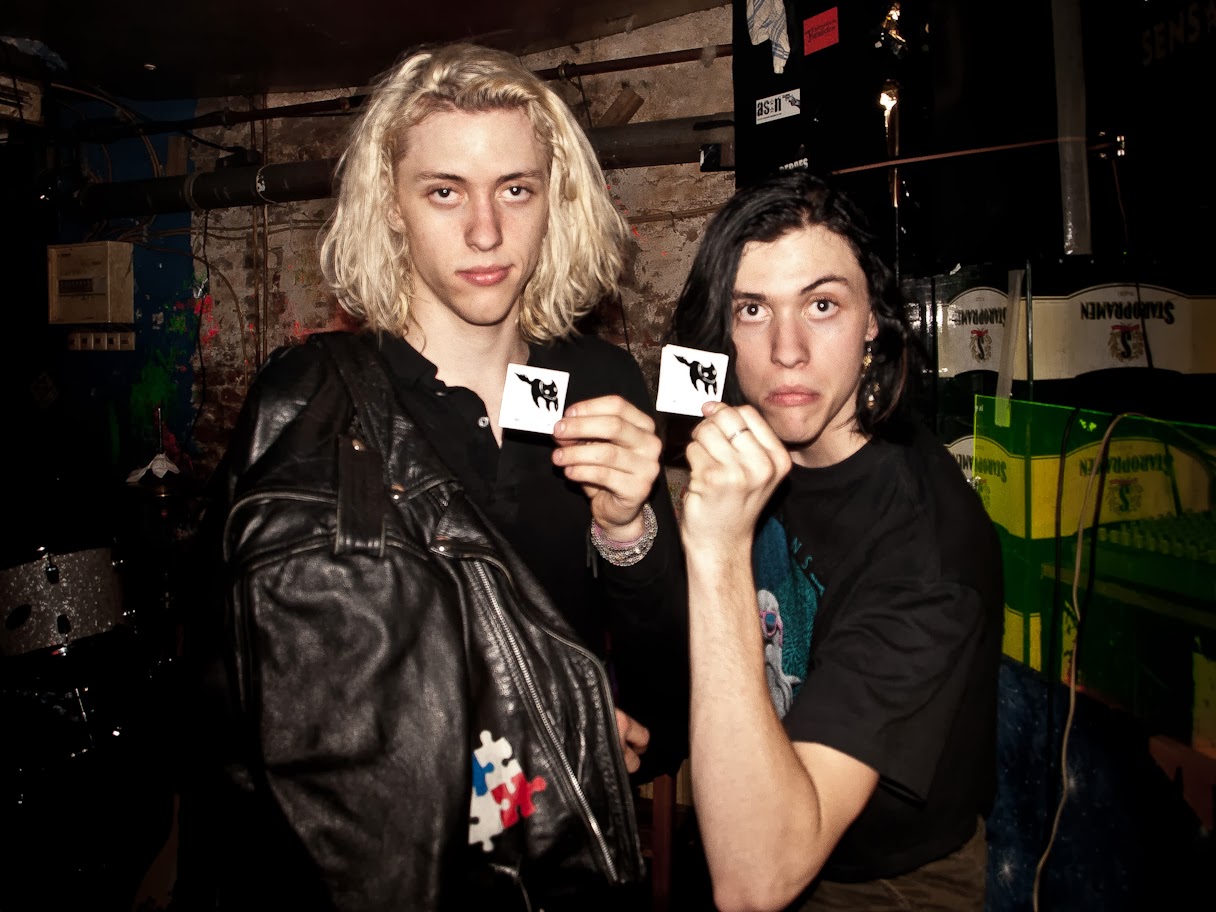