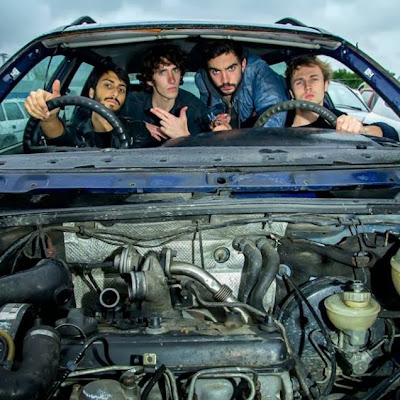 No hood, but fishing nets for Howlin Banana and Azbin Records, at the end of this year. In talented fishermen they realize a very nice catch, as well as catching our attention, in the coolest manner, the Kaviar Special.
Straight from the breeding pool that is Rennes (french city in Brittany), as well as their basin brethren (Catfight, Rigg, Blackjag Davy, Bikini George, Sapin…), we could have assumed their sound to be delicate, as the delicacy they’re named after… That’s not really what’s happening. Still, and « Oh joy ! », it will proudly take place on your table, between the « foie gras » and the oysters, for the french here at least, on the christmas table. Ok, maybe not on the table, but for sure in your ears. They went through enough bullshit all year long, not to reward them with something good.

« Special », that they are. More than just torturing the fuzz and the good vibes like no one else, we feast on their melodies like Dating A Slut, Summer, Shirley, Ptit Cul or Sabadidon ( we could easily feast on all of them actually, because much more than being just « good » they sum up everything we like about the rock scene these days).

Precious, also, for it’s been so long we were waiting for something wild and dirty out of the capital of Brittany. That, my friends, is done. And we are happy. And we are filled, but not enough to pass on devouring this delicious white vinyl coming out on the 10th of December.
Get it and listen to it below:


Adrien, Kaviar bassist of the band kindly answered to some of our questions... 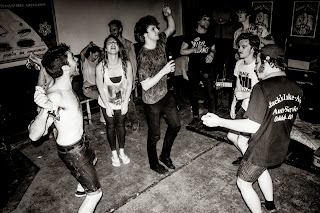 « We started in the beginning of 2012. We four, were living together in a house in Rennes, Brittany, and used to rehearse in the garage (we’re playing garage, the real one). We’re influenced by punk and sixties music but especially the modern era like Burger Record, In The Red Records etc… »

When you keep on listening to bands, and going to gigs, it makes you want to create something , to write a song, to put some arrangements here and there.
It just depends on one or two bands and then it click, you’re getting into it, you compose, you play, where you can.
For me, Rock and Roll is the 50’s, Chuck Berry, Little Richard, Bo Diddley etc…
Today it doesn’t really mean anything. Like a tattoo of Johnny Hallyday is rock and rollish… 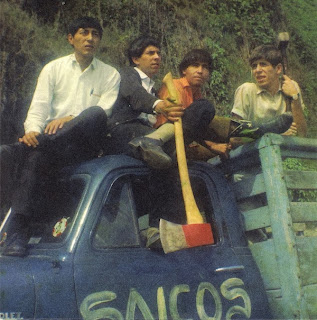 Los Saicos. Four Peruvians who released a megastylish album in 1964. Lost in deepest Peru, nobody really understands from what they could put out this so dirty and wild sound. They only were influenced by british bands from the 60’s but I really think they influenced a lot of people. Demolicion ! is an incredible song where they explain that they want to blow up the noisy train station next to their place that keeps them from rehearsing properly. This is definitely an anthem.

When we were touring last summer, driving at like 80 mph on the highway, the back doors of our van suddenly opened… The trunk was full with all our instruments and stuff. So we stopped on the emergency lane, freaked out, and fortunately there was just one guitar missing ! It was 3 in the morning, the highway was desert and we hurried to find grab the guitar back before a car would run over it. Like a miracle, it was intact even not out of tune… In my head, I was already seeing all our amps crushed on the road and a big pile-up… That would have been a fucking nightmare…


x The place you enjoy the most?

« Cocoon », it’s a studio, not really far from Rennes. We’re hanging out there to record, rehearse, jam, sip some cocktails and juggle. Laid back.

It’s really hard to only pick 3…

- Ramones - Ramones
The pure and authentic energy. This album is incredible. I never heard anything else that would hit me like that. Sniffing some glue and not the slightest guitar solo.

- Harlem - Hippies
Harlem is the kind of band which makes you confident. They have amazing melodies, you can feel that there is no brain racking, it’s so spontaneous, it’s beautiful. It makes you want to chill with them. I think they split, that´s a shame. 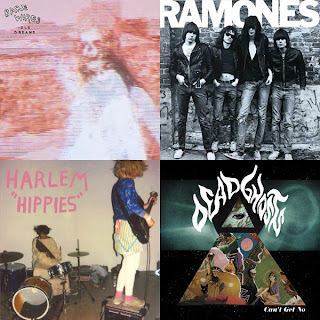 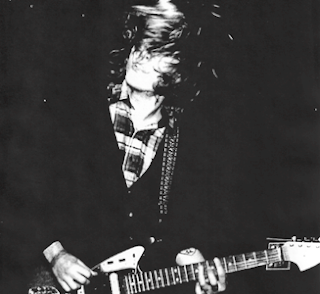 - They’ll tour in France in january and february.