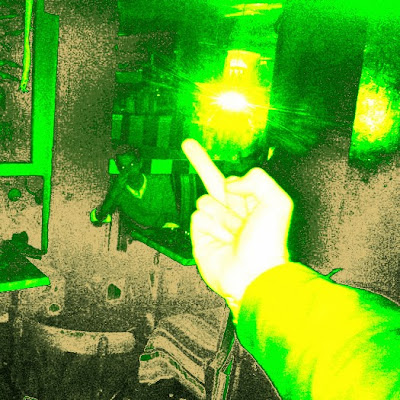 Click on the pic or here to get it.

Please support the artists and labels by buying their LP, EP, CD, cassettes, mp3 and by going to gigs! 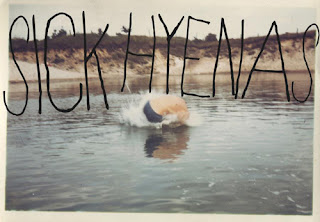 Those young hyenas directly come from Hamburg, Germany and watch out, they severely bite! Check out our interview here.
They released a furious debut cassette the White Mofo Drug Smuggla (La Pochette Surprise Records) and their first LP is ready to be released, so label people, don’t miss that, it’s worth the trouble… 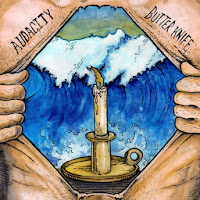 We thought that they only were punk and dirty, not at all. These Californians (Fullerton,CA) just released a really great power pop album called Butter Knife (via Suicide Squeeze Records).
In 2008 they did the rant garage Power Drownings, and they now return timely as a polished diamond, as you can hear with the great Couldn't Hold A Candle. 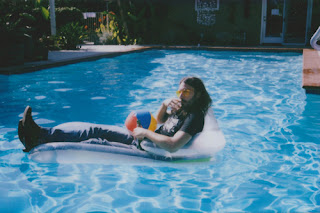 Prostrate yourself people, his Highness Gap Dream, the Chill Prophet just released his new album Shine Your Light on the best label of the moment, Burger Records. Best record of the year ? Definitely. Gabriel Fulvimar is a stubborn genius who synthesizes psychedelism and pop music. Chill Spot is a hit. We dance, we get high, this is unbelievably good. 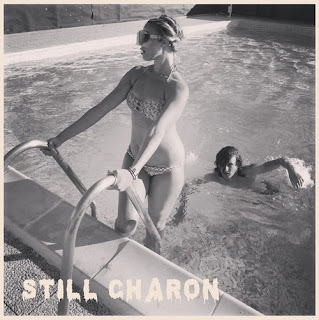 Emanating from the promising french DIY scene gravitating within the Collectif Nøthing, Still Sharon is formed by a girl and a boy coming from the heart of France, Limoges. The uncommon beauty of their 1st EP, HΩME, is perfectly illustrated by the song Come Back Dinosaur. Its lo-fi universe is lightly carried by a very touching voice… 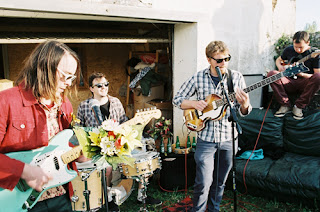 Volage are familiar around and you can check again the late interview we did some time ago after being smashed in the face by their 1st K7 EP, Maddie. This one is just getting reissued with a nice white vinyl 10’’ by the parisian label, Howlin Banana Records (get your copy here before it’s too late!). The beatles-ish song Heart Taking (take 1) is a sort of bridge which links their debut material and their first LP (release in 2014). We were lucky enough to listen to some of these new tracks and they’re devilishly amazing. Now, the wait seems too long but fortunately their explosive live performance will keep us patient. We bet on it, 2014 will be Volage’s year. 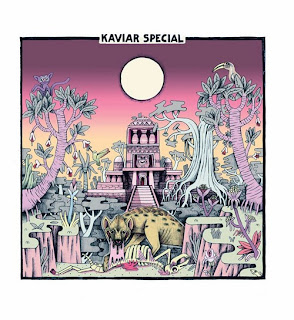 Coming straight out from the depth of Rennes (France), Kaviar Special took the time to sharpen their scummy garage in the most beautiful caves of Brittany to prepare a 1st S/T LP which is, without any doubt, one of the « Grand Cru » of the end of the year. Our « cœurs de rockers » have been waiting for a long time to be pleased by such a deflagration of sonic and poisonous bombs. This album will be out the 3 of December thanks to the (once again) great french labels Howlin Banana and Azbin Records. 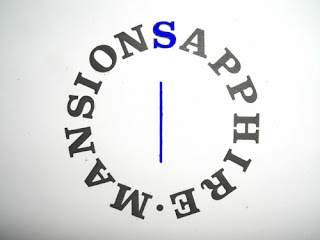 Sapphire Mansions come from Brooklyn and describe themselves as C8666. And we must say it fits pretty well. Their beautiful EP Over America is out this month and is available here. The song Relic makes us remember our first time with Felt and the Velvet Underground… 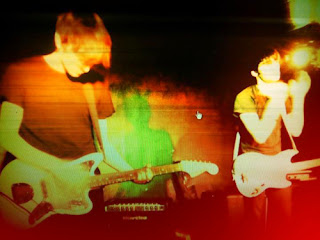 We left future in the end of 2012 and a lot of happened since then. They’re now part of Collectif Nøthing, released a great EP called Abyss and messed up many venues and gig basements. Colors is a sonic shock that stayed stuck in our heads since the first hearing. Try to imagine Moroder ditching Daft Punk to devote his genius to Jesus & Mary Chain… They plan to release new songs in december and will play around Paris of course… 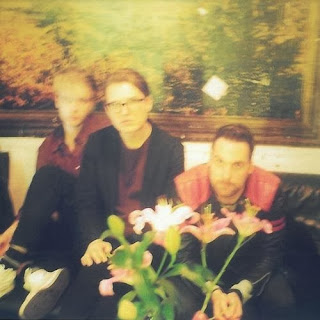 German fellows unhappybirthday were previously located in Berlin and recently moved to Hamburg and they gradually became indispensable on our turntable. Their synthetic music evokes brilliantly, through some of our german references, a piece of Rheingold for the perfect pop ability, a hint of D.A.F for the hypnotic and dark side and also a certain idea of english 80’s and 90’s music. The song Kraken comes from their cassette EP released in 2013 by Night People and a LP is also available via LebensStrasse Records. 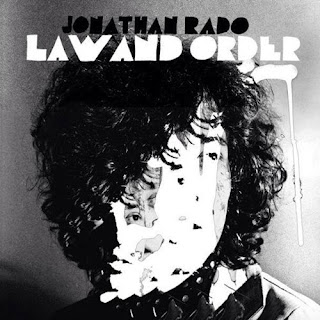 Jonathan Rado is also known to be half of Foxygen and he recently released his first solo album, the very endearing Law and Order (Woodsist Records). The young american is brightly and smartly paying tribute to his lovely references, in a simple, fresh and affecting way. It should be also noted that White Fence is taking part in the great song Faces. 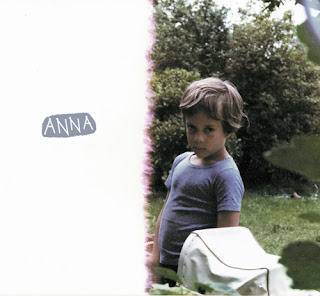 The young Martin is hiding being ANNA, a project connected to fabulous Volage. In France’s countryside, he’s recording his songs in his room following his moony moods. We can surely tell that this raw talent makes us being immersed in a lovely universe. Check here for the first shots. 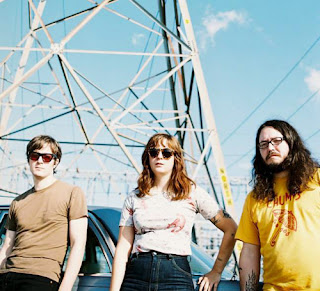 Cheap Time are guiding us on the rock and roll path since some years now and it’s always a great pleasure to have them alongside, records after records… The new one is called Exit Smiles and is of course great (out on 26/11 thanks to In The Red Records). Jeffrey Novak and his mad gang are still true war machine in live and cult on the turntable. It should be noticed that he’s also releasing his new solo LP Lemon Kid at the same time via Trouble In Mind Records. Cheap Time are also currently touring Europe, and will be in Paris the 27th of November at l’Espace B, go there or die… 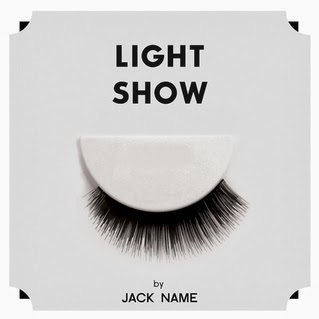 We don’t know much about Jack Name, except he’s been working with Ariel Pink, he’s one of White Fence’s touring guitarists and also get called John Webster Johns. His first LP « Light Show » will be out next January (2014) via God ?, which is a Drag City division handled by Ty Segall. Well, we’re looking forward to here more as the first song Pure Terror is gorgeous…. 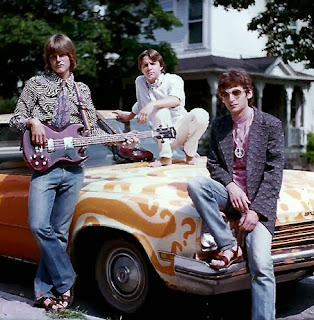 Burger Records recently reissued sort of a Prefab Messiah’s anthology called Devolver. These guys were playing their post punk gems in the beginning of the 80’s around Massachussetts and it’s a great pleasure and surprise to discover today this hidden treasure. If you’re into TV Personalities or Swell Maps tone, you will fall in love with that, so get it here. Oh, and also, The Prefab Messiah are preparing a new album after almost 30 years of silence… 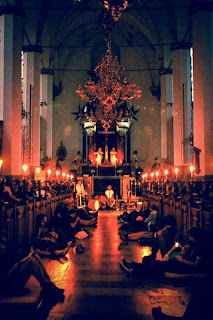 Danish lads Ekkofabrikken are located in Copenhagen and we already ran across some of them for also playing in the beloved and magnificent Halasan Bazar. The sweet and dreamy song Follow The Flowers spreads and shares a tender and naïve beauty. To be followed. 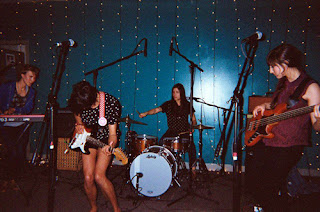 By combining surf band and girl band nowadays, the Californian from La Luz just found the perfect formula that would be much appreciated around here for a test. These days on tour, the girls might have seen another kind of light, when they got involved in a car crash, losing all their instruments. A support page has been created, if you want to help… They released the beautiful album It's Alive last october (Hardly Art). 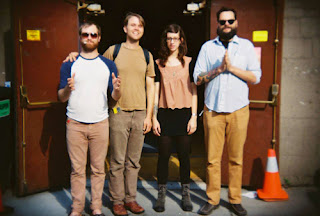 Crimes are from Minneapolis and take us for a ride through their saturnine pop where vocals layers and heady melodies get tangled. Their first album Thin Sunlight  is a nice surprise and you can listen to it and get it here. 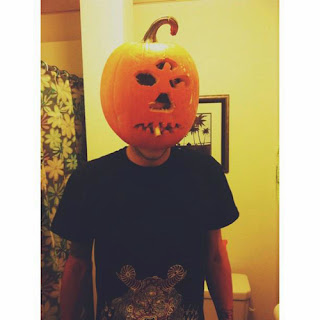 A guy called Thomas Ellington is behind Midnight Ghost project and its delightful lo-fi pop. The record you can listen to on bandcamp is brilliant and we’re looking forward to the following material.