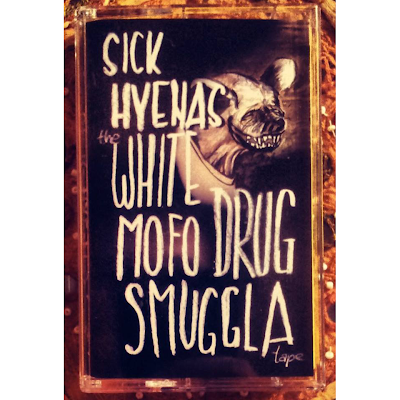 Sick Hyenas have been creeping all the good, bad and hidden places of Hamburg’s rock’n roll side for some time now. The sickness they’re spreading would be well described as a kind of dirty and incurable psychedelism. We had to wander around the unlit streets of Sankt Pauli, being on the trail of these young hyenas and we finally came accross their DIY cassette named “the White Mofo Drug Smuggla tape” (La Pochette Surprise Records). The voice of C. Bukowski opens the first track to bring us on a dangerous journey which will end (so fast) with one powerful « Weither of Death ». This is it, harm’s been made, and to face the facts, these guys are making it pretty great.


What would happen next? Their first album is recorded and ready, just waiting for an evil soul to release it from the dark…

They kindly answered to some of our questions below : 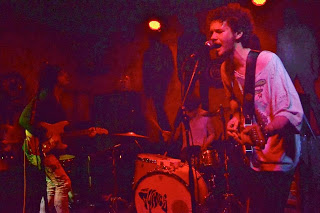 " We are three guys, located in Hamburg, Germany. Velvet plays guitar and sings mainly, Thore plays guitar as well and backs up on vocals. Eddie hits the drums. "

Having a simple idea and ending up with something none of us expected. That's rock'n roll (for us at least). 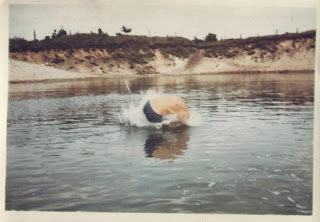 This is an old picture of Thore's dad he showed us when we were setting up Sick Hyenas. We took it as a "band photo".

Getting snatched by aliens.

x The place you enjoy the most?

- Debut Album (no title yet) is done. No release date yet.
Vinyl and cassette via Dumpster Tapes.