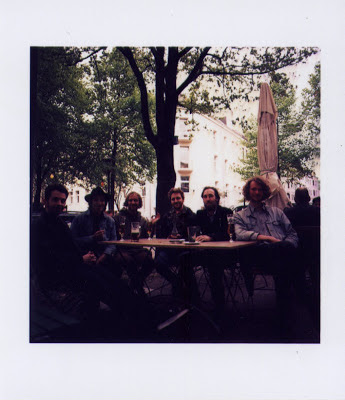 
It is certain, this year will be marked by a Danish stone! Well not quite (since only three out of six members are Danish), but marked for sure by Halasan Bazar.

Remember. It was April. L’Espace B, Foggy Girls Club and Hartzine were offering you the concert of the Nordics for the first time in Paris, with the Scottish PAWS.

The weather wasn’t quite nice, not quite warm either, but it was of no importance because from the first to the last note, Fred, Carl Craig, Christian and Jakob knew how to take us far away perfectly from the gray and melancholy, in tides of psyche-crazy-folkish-daydreamt cavalcades, oneiric and incantatory melodies and yet still very real and tangible in addition to being perfectly executed. 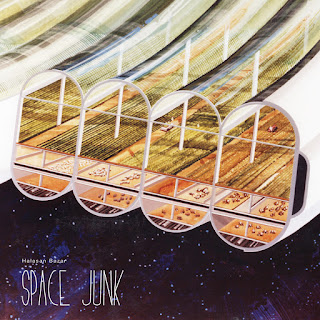 10.05.2013: We are in Hamburg. The weather is (surprisingly) a little nicer, a little warmer, but we know it will still have no importance while entering the charming Aalhaus whose also charming owners run in parallel the excellent hamburger label, Cloud Hills…

The place is perfect, intimate. An inviting terrace surrounded by trees, inside, no scene, a few tables, a few chairs and a pile of instruments almost all entrenched against a wall. Three bands are playing tonight and it really needed some space. If they could have pushed the walls they’d probably have. 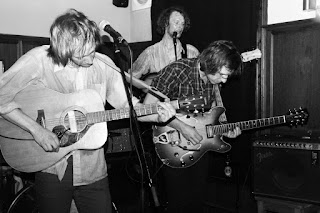 If you read us you know how we are not what we could call, „driven by chauvinism“, but here, the surprise was rather good as Aurélien Merle and his so peculiar finger play astonished the whole audience, when Léonore Boulanger possessed the Aalhaus with her chamanic, nomad universe and bewitching chants and instruments.

From a totally uneducated point of view we could compare it, for the more francophile of you, to an early  Areski and Brigitte Fontaine or old stuff from Dick Annegarn... Is it "chanson française underground"? Might be, but this was for sure a nice experience that we are not used to in France.

A few more beers and the room is filled.Gathered around what is not a scene the connoisseurs rehearse their favorite discrete moves. We see a hip moving, a foot timidly starting a tempo but most of all we see the smiles, as if people were aware of what's coming.

Finally, the first notes, and the bigger smiles. We need nothing more, we’re already taking off...

"Live Without Love" starts this gig perfectly. It will never leave our heads. The Danish give us those gold nuggets of their own, dug out of their two masterpieces How To Be Ever Happy (Moon Glyph) and their last one Space Junk freshly out on Crash Symbols.


It’s incredible how this band is able to deliver so much hapiness in such sureness. Reinsuring we would say. Comfortable, comfortably accurate and perfect. They manage to take us with them on their space ship, for a good warm journey, but eh, you know them right?
One more time Theis, their sound ingeneer has succed in the hard task of balancing every instrument perfectly in such a small place. We can hear everything and everything sounds great.
Here comes "Tin foiled". Just before, this girl grabbed the setlist but the wild appropriation doesn’t seem to bother them at all. In fact, Halasan Bazar is playing tonight the last show of their short european tour before heading back to Copenhagen. Both say they know their setlist like the back of their pick... So "Tin Foiled“ and as promised, this is the getaway, the great escape, the beautiful one, the trip. The walls are fading away we are plugged into Fred Eckhoff’s mind. We grab a note and jump on its back, bareback. From there, we let everything go with the minutes and the songs. It’s a colourful and rhythmic journey across melodic landscapes offered by the band, always precisely portrayed and varnished with those touches of serendipity that makes the best shows.

We captured something DIY just for you, but be sure it’s million times better in real.


Brutal hit from the nightstick of reality. The police shows up. The Aalhaus is summed to lower the volume (this is a residential neighbourhood). The show must stop. One or two songs more to land in softness because that’s what they are, softness. The notes are fading, silence, ..., for half a second, and soon the rapturous applause of the audience, unbridled, a little sad not to be allowed to ask for "another"one.

Answer: Beer. (surprisingly this tip can be usefull for many nations, not only Nordics)

A few drinks and a few hours later and Halasan Bazar, Fredrik ahead, propose to finish with an acoustic performance, the song they didn’t have time or chance to play during the concert:
" This Time ".

We went home in joy, "rendez-vous" made "pour foutre le Bazar" (ed. create havoc) for their next Parisian gig. 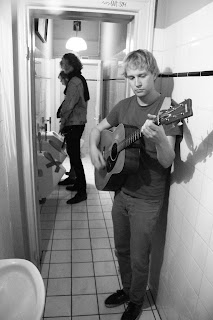