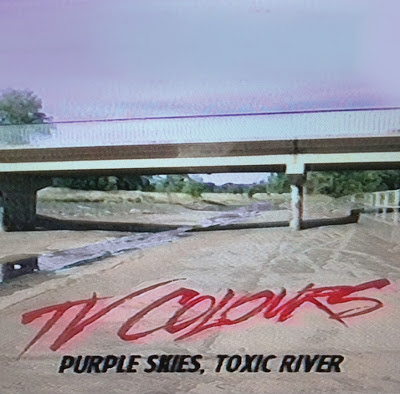 
Let's get warm by heading to Canberra in Australia to discover TV COLOURS.
Bobby Kill is hiding behind that project and  is kind of an activist of the local Canberra's scene since some time now with others band like Danger Beach, Assassins 88 or The Fighting League.
He's going to release his first LP Purple Skies, Toxic River on the great parisian label XIII Records (june 2013).
This is with a certain pleasure that we have the privilege to make you listen to one of the song, and what a song!

Beverly is a hit with the fuzzy and DIY TV COLOURS' touch. The melody is crazily heady and it makes anybody in a fucking good mood. We're really looking forward to listen to the whole record and for your information TV COLOURS will tour in France next september.

While we're waiting for that, Bobby give us some thoughts...

x What is your definition of rock and roll or music ? or describe how do you feel when you're doing music?

Rock and roll is a genre of popular music that originated and evolved in the United States during the late 1940s and early 1950s.
Purple Skies, Toxic River is the first Rock N Roll record in 53 years, next year I am being inducted into the Rock n Roll Hall of Fame in Cleveland Ohio, it is very exciting, Metallica will be doing a medley of their favourite TV COLOURS songs to open the show.
I requested that Dave Mustaine be put back in the band, I feel his pain you know, I cry myself to sleep at night just like him, “what could have been?” “What could have been?” just ringing round in my head, like ghosts, haunting me, LARS NO! NOOOOO! AHHHHHHHHHHHHHHHHHHHHHHH!
Anyway, they declined. 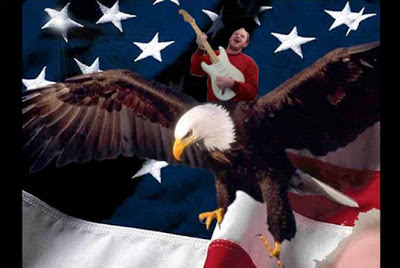 I am walking down the street I grew up on and weather is very very calm, everything is silent except for the sound of a distant car driving up the road.
Then, without a moments notice the whole street is engulfed in flames and I am suddenly being chased by A Teri Hatcher version of the T-800 (Terminator 2). She starts to get closer and closer and you can hear the heavy clunking of her metal frame catching up to me, it is very stressful.
Just as she is about to catch me A white flash goes off and suddenly I am riding a tri-cycle down a singular road that is bordered each side with rocks and at the end of the road is the ocean, everything is very calm again and I can hear seagulls and the sounds of the sea.

Everytime I have this dream I get bigger and the tri-cycle gets smaller.

The place I enjoy the most is being at the shopping mall at Christmas Time. Everyone is spending money and buying things. A long time ago my Father taught me that the key to happiness is through the acquisition of material possessions, my only way to repay him for such a lesson is to pass on this wisdom to as many people as I can.