Holograms - The block busters, the interview 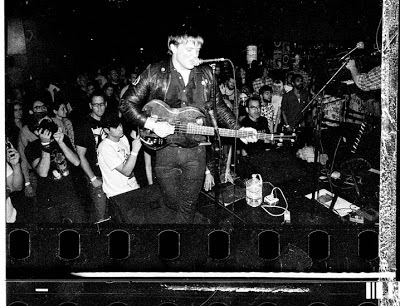 
Holograms is certainly one of our favorite crushes of 2012. For those who didn't follow, they are some young folks from the suburbian area of Stockholm expressing themselves through punk music.
It does of course not stop at this, because just after blowing our minds with their first songs (ABC City and Hidden Structure), in the beginning of the past year, we wouldn't have imagined that they could confirmed their talent with a first LP (eponymous), already a classic.
So yes, it brought us back to life and yes they can have at the same time this fire and this freshness of a musical mastery, a direction.
We picture them and this whole youth, going around in circles, locked up in those huge concrete blocks, sometimes as a social maze, or as a weight attached to their foot that keeps them from heading out of the water. Nobody's paying them any attention and that's from where they'll draw their power. If nobody sees them, then they can do what they want, explore what they like without any disturbance of any kind. This is what made Holograms.
It's grey, it's urban, but it changes into colors thanks to some pop touches that cross and melt into their punk rock, krautrock (and many other inspirations) brûlot...

Their album came out last summer on Captured Tracks and they'll be back in France this very month, with a show we're dying for at the Mo'Fo festival, on saturday 26th with many other dream bands (Feeling of Love, Datsuns, etc.).

For the record, we already met them during their first tour in France last May, and logically we went to see them again (last November) for their second show (sold out this time), at L'Espace B. What follows happened just after the show, around a beer and we talked about all and nothing...


“The first show we played was with the Vaccines. And I don’t think anyone came for us… We were like « we’re gonna play another song » and they were like « oh no… » (laughs).”

x I read you like D.A.F (Deutsche Amerikanische Freundschaft) music, could you tell us more about that?

Andreas: For me it was a big influence, in my musical tastes. I started to listen to DAF when I was a teenager (maybe when I was 14 or 15). It’s something about the drive of the music, how they do it, they have like live drums and synthesizers, the sound of it… The synthesizers, the beats, the really simple 2 beats drums, I love that, and the image they have.
But I don’t think it is a big inspiration for us as a band...

x Is it a kind of way you could experiment with Holograms future material?

I don’t think so, but I’m gonna do a synth band with Anton the drummer, who really likes this kind of stuff. He has a band called “I've Become Vapour” which is really good. He’s doing everything by himself. So we’re gonna try to do something like that.
But for Holograms, I don’t know, I don’t think we can do such a big sudden change, but maybe we’re gonna do some more synth drums and we actually bought another synthesizer, a JUNO 60.

Anton: No, not yet but we’re gonna do it as soon as we’re coming back home.
With the same guy as for the LP, he’s like a producer but not … He’s really good … and he has a lot of good ideas. Maybe he will be more motivated because now he knows there is big stake (laughs).

x Your music is surrounded by a lot of symbols (lyrics, titles), what is your though about it?

Ant: It’s a way of approaching to write lyrics. It’s about creating an atmosphere.
And: We never went to university but I’m really interested in a lot of different stuff, I really enjoy that. I read a lot of books and I want to write stuff on thing that interests me, at a personal level and on some things that can evoke emotion. I don’t want to write about generic stuff…
There is the image of Orpheo (greek), ABC city is about the suburbs where I’m living, Monolith is about Le Corbusier, the Swiss architect, I read a lot about him etc.

x Is there a kind of underground scene in Stockholm? I’m thinking about a place like Push My Buttons…

Ant: No, not really.
When we were kids, it’s like we played in different youth centers like when you’re not old enough to go to the bar, you go to some place for young kids. That’s where I started to rehearse and that’s where we played our first kind of shows. There, there is really a kind of scene with a lot of crappy bands (laughs).
And: When I was older, like 18/19 years old, I started to go to Thomas and Lotta from Push My Buttons. That’s where we met, at a show actually. They do like everything there. That one is maybe the only scene you could call underground. They were also the first guys who booked us…

Ant: There are not really indie labels in Stockholm, in Sweden most of them are in Gothenburg. Like Luxxury and stuff. It’s better than in Stockholm for music. It smells like fish over there (laughs), I’m kidding.
Sincerely Yours is also a really good label. If you really are into the music in Sweden, they released lots of big stuff. Like The Tough Alliance, JJ etc…

x Do you feel that there is some kind of a “new“ Nordic punk scene which is emerging these days?

And: No. They have a scene in Copenhagen; a lot of those guys come from the Posh Isolation comp. But we have nothing like that in Stockholm. We really like, Iceage, Lower but most of us didn’t know about them when we started. Iceage have been playing for a long time. I used to talk with them on myspace like 5 years ago or something, when they’re were like 13 years old (laughs) and then we just met like once…

x Last time we met, it was your first tour. Do you have some kind of foggy/weird story about it?

Ant: We have many from that tour… Well, from France, it was a wet story as our car broke down in Nantes.
And: We bought this car one day before going on tour, like for 1000 euros from this like “swedish farmer”. We got all the way down to Nantes, where it’s just started leaking oil, like crazy; you couldn’t drive for ten meters because all the oil went down/out from the car.
Ant: But I would say the best thing about our time in France was in Nantes, we met a lot of really good people we hanged out with… We played at Le Stakhanov, it was the first show where a lot of people came to see us. We played with the locals “Von Pariahs”, maybe that was the reason (laughs). We were stranded for a couple of days because the car didn’t work out and we were supposed to come to Paris to play here at l’Espace B. So we dropped the car off to a garage and we had to go there by train. Then we went by bus to Amsterdam and came back to Paris again. And the bus ride from Paris to Amsterdam was kind of the scariest moment in my life. The bus driver was fucking crazy! He ran and ran red lights all the time driving like he was a fucking racing car driver. The toilet didn’t work in the bus, it was a fucking mess. My god…Then we came back and we stayed here for like a week, at Charles’ place, it was really nice.
Then when the car was finally repaired, the guy from Von Pariahs drove it here because they have to play in Paris. So we were lucky…
Ant: It was our first tour, I think we lost 3000 euros or something. Since then we’ve been bankrupt… That’s the life of a touring band… (laughs)


x I can’t let you without having a word from you about Zlatan Ibrahimović, he’s favorite Swedish guy in France now. Did you read his biography?

Ant: No I haven’t read it, but actually, I worked at a book warehouse, and I packed that fucking book, I lifted like tons of that book… (laughs)
That’s funny because in France you say Zlatan as we do in Sweden but in Italy they say “Ibra”, this is weird. But I’m not really into football, so we should get Anton, our drummer.

And: I really like Zlatan and the funniest thing about him is a documentary about his old team Malmö FF. And he’s like a teenager, and he is so stupid (laughs).
The funny thing is the dialect from Malmö, and there is one scene where he is in a bus and he’s talking about what he’s gonna do if he’d get some money: “I’m gonna buy a Diablo, a purple Diablo, and the license plate will say “TOYS”, (and he translates in Swedish) it means toy in english” it’s so funny…
And then in another scene he’s sitting in a couch in his mother's place. Well it’s funnier in Swedish but anyways, he’s talking about his mom like “when is mom’s birthday, I don’t really know like, how old is she now? fifty? no I don’t know” then he’s like “how many kids did she have? 8? 5?” (laughs).
He’s such a weird guy, but I like him.


They're playing at festival Mo’Fo on saturday 26 of January (event here) and across France and Europe from mid january. 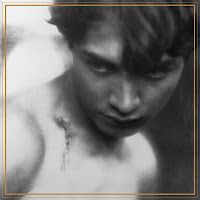 B / FGC
Big thanks to JL, AE, Dylan Gordon (Dirty Snapshots) for the main pic.