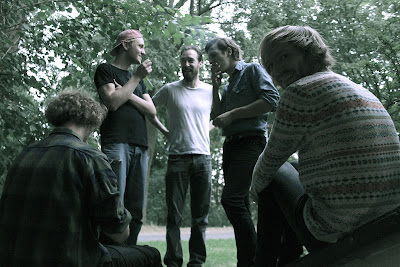 How could we say about danish Halasan Bazar ? Pushed out from a magic box ? It would be too easy to say indefinable. Some folk, psychedelic ? pop ? They’re too raging to be limited by these terms. Besides that, they have a californian 60’s garage « way of doing » which fit them perfectly.
Their music, what a pure thrill of happiness! They’re leading us far, far away, in a scandinavian and sunny Wild West. Far from this nordic coldness which we could expected due to their origins. These guys have a quest. Their songs are melancholic but also joyful and proud of themselves. They invoke dreams and thoughts, expectation, exploration, inner side questioning and feelings about our generation.

Discovered with their song Tin Foiled thanks to No Fear Of Pop, this is one of the big moments of their brilliant, new album. I was surprised by its coherence, all over the playing time. It alternates high times and other more calm but always with more and more inspiration. It’s called How To Be Ever Happy and can be found below (bandcamp players and videos). It was released a few weeks ago by Moon Glyph (cassette).


We have also the privilege to premiere their new video "Shine Away":


Shine Away from Halasan Bazar on Vimeo.


Fredrik, frontman of this bazar, gives us some of his time, while having a fever in Copenhagen, to answer some of our questions. We hope to see them playing in Paris some day.

x How do you feel when you're doing music ?

It´s just this abstract feeling really. You zone out, forget everything and everyone. When I make music I can just be completely devoured in it for many many hours. I don’t eat, I don´t drink, I don’t think, I just do. It´s like a trance, absolute pure concentration and no filter. It´s awesome. 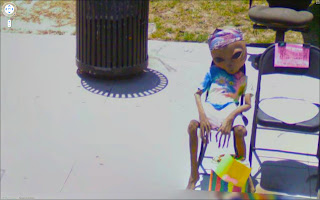 I found this thing from this weird blog with Google Earth highlights. I just can´t stop looking at it. It´s so funny it hurts, and also it’s a great allegory for feeling like your somewhere you don´t belong, feeling weird, far away and very fragile. This guy definitely is. Think this guy is me in some way.

To not love or be loved again.

We have this bunker in a park here in Copenhagen, we use it as a rehearsal space, and I record a lot of our music there. We call it the Spaceship. Deep underground, looks like an Igloo, and three locked doors, no phone signal. THAT’S a place to get some thinking done. 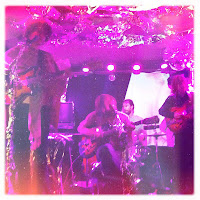 I can only tell you what currently blows my mind, as it changes all the time.

Been able to sneak a hold of a leak of this one, and it´s way beyond anything I´ve heard before. Just makes me proud to be of the same generation as this man. Heard that he made it all crammed in a Paris apartment, used all his money off Innerspeaker to ship his gear to France, how cool is that. Just think about the neighbors.

This man touches my heart on a very deep level. I think we share a lot of the same demons me and him. Can´t believe he´s not bigger than Dylan, his lyrics are legendary. just take a trip on this one: "Everything is weird. Turning out just like I feared. Someone calling in a nightmare tone. I don’t wanna live in the twilight zone."
Woooha.

Randomly found this LP last week, and it really made my hair stand up. Sometimes you hear music and it connects with what you´re doing yourself and you get a feeling you´re not alone trying desperately to say what you wanna say. I have that feeling with this record. Songs like "Are You Really On Drugs" and "In The Dreamtime You Need A Rubber Soul" are earworms. Can’t believe they´ve been going for 30 years and then pull something this fresh out of the old hat.

"All our acts are acts of fear" Truman Capote

It´s just a catchy phrase, but probably just connects with me when I´m dark and down. However, Halasan Bazar is all fear and escape. Just a rug to creep under when the world is too much. The world is always too much, it´s way too big. 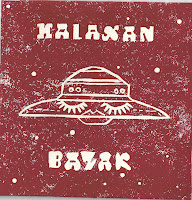 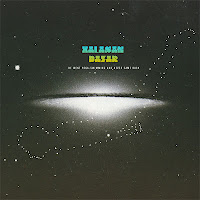 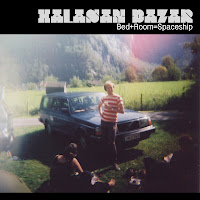