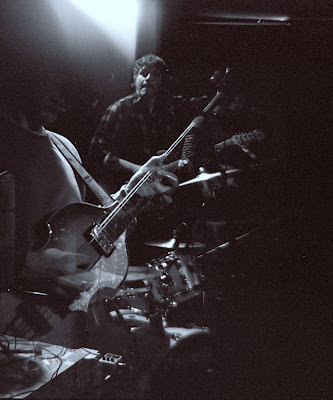 At the Foggy Girls Club, we also love local products, that’s why we couldn’t miss Volage. These young folks originally come from the center of France and live nowadays between Paris, Tours and Le Blanc. For the ones who don’t know, Le Blanc is a lovely one-horse town located at the border of Berry, Poitou and Touraine regions, in the “Parc Naturel Régional of Brenne”. As I’m also from around this region, I would honestly never imagine that I could be gaped by music coming from there. I underestimated what it could wake up in each one of us, even when you’re closer to Orleans than New Orleans… because after listening to their first EP – Maddie, it’s obvious that these guys have understood the essentials. Their songs are scatting garage rocks hits that many can and will be envious of.

Volage are 4 guys who meet each other at their garage lost in their little town surrounded by idyllic nature. This is the ideal spot to rehearse, to record, having fun and get drunk. They’re describing themselves as a garage, pop and psyché band and they handcrafted and released 100 cassettes with different covers for their Maddie EP. You can listen to it at the end of this article or here and download it for free as well.

They spent their summer in the countryside to prepare some new stuff, as perhaps the release of a single and a new cassette. Then they will set a mini tour that we obviously will support.


They kindly answered to a few questions:

x Definition of rock and roll or music:

hahaha, a brunette with character! but no, music is kind of, a way of life, of thinking, I guess...
x A picture? 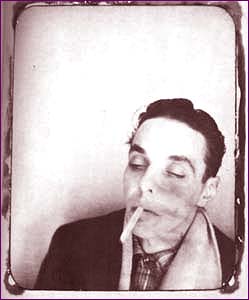 This is Herbert Huncke, a writer less known from the beat generation. His master-piece, “Guilty of Everything” has a sublime sweetness and an unbearable violence at the same time.

"La Flambée", (The Blow-Up in English). It’s a small bar/restaurant in Le Blanc. You can eat and drink a lot for nothing. There are some cool young people, some cool old people, some Picon… Actually you can live there.

It’s hard to only pick 3... At the moment, we’re listening to The Sufis, it's brilliant. And then we can say that we will never part Barrett/Madcap Laughs - Syd Barrett, Family Perfume 1&2 de White Fence, Elliott Smith Figure 8, but it's more than 3 now... 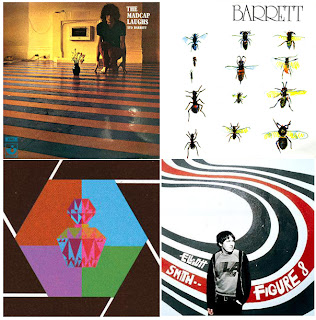 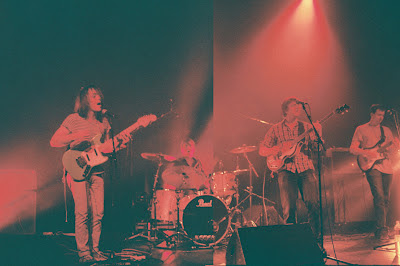