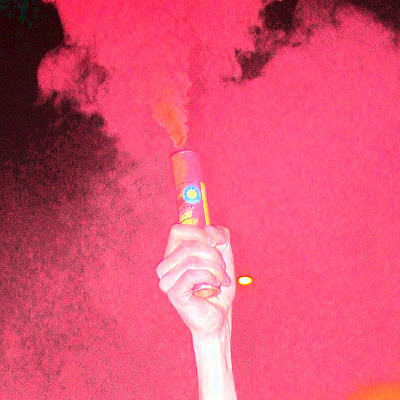 Please support the artists and labels by buying their LP, EP, CD, cassettes, mp3 and by going to gigs!
Thanks to JL for the cover pic. 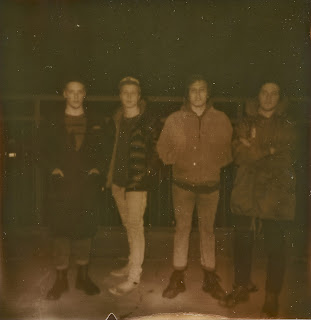 It has been a while now that Stockholm has been waiting and Holograms are finally here. Mike Sniper should not have hesitated to sign this young and fresh proto punk band on his label Captured Tracks. This is a great start for them as this collaboration could only result in good vibes. These young fellas are preparing their first LP which will be, according to their label, one of the big things of this year. We’re not doubtful to this forecast as ABC City is such a hymn. While waiting, you can get their first 7’’ with the brilliant B side Hidden Structure. 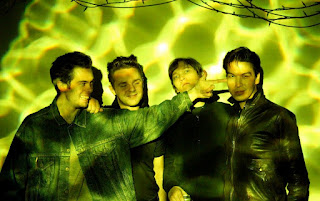 We have some good news from Pow Wows , a new 7’’ Killing Me on Get Hip Recordings, and another good news: these guys are still great! 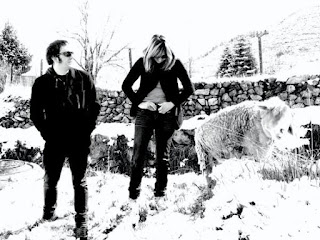 “No man is a prophet in his own country”, The Liminanas are a good example of the fact that the true rock and roll wealth from France is outrageously ignored. They come from Perpignan and play a pure garage rock with an obvious French charm. American labels such as Hozac and Trouble in Mind (between others) weren’t wrong in releasing their songs. It’s for the Record Store Day that Trouble In Mind released a brilliant “Cover Split” with Mikal Cronin, Paperheads, Apache Dropout and our frenchies who are, with all their elegance, covering « Come Now » from The Troggs… 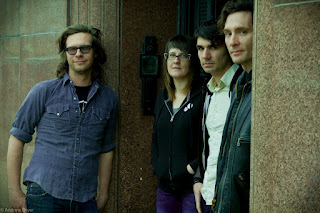 Radar Eyes are Shelley, Anthony, Lucas and Russ from Chicago. They released their first LP (which is amazing) on last February via Hozac Records and on the label webpage it says that they’re making « modern noise pop ». To be metaphorical, their music is a beachcomber smashing everything around and we love it. 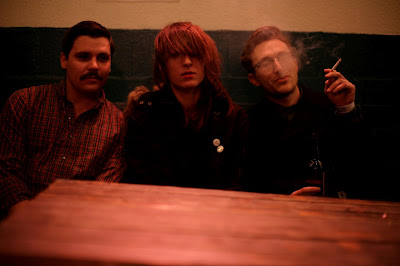 A new song and a hit from the Californians Blasted Canyons. They just released a new EP « 2nd Place », still with Castle Face Records. It is excellent and beautiful. 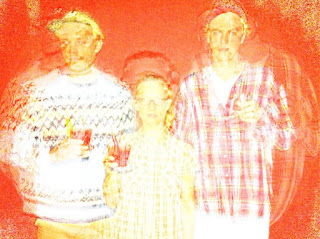 These Scandinavian people… We have already talked about Copenhagen and Iceage, now let’s talk about Thulebasen. There is nothing to compare, musically speaking, but they crossed each other’s ways on the great Danish labels Escho and Tambourhinoceros. Their rock music is experimental and becomes completely addictive. They released their new EP Forever Grinning (available here on Tambourhinoceros), and it also contains a couple of remixes, one of them by our Swedish friends Hhappiness. To be continued… 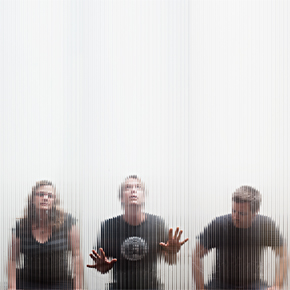 Moonbell Their 1st LP (S/T) was released on Loglady Records (from Twin Peaks of course…) and is a great discovery. We can dig into it and find an obvious connection to our heroes My Bloody Valentine and Ride (between others) but these Californians take up the torch with tremendous skills and a truly new edge while so many try, and fail, at this. Voices of Lisa Dawn Colvin (keyboards) and Garen Igleby (guitars) get tangled up while moving up to the 7th heaven, a melodic and powerful layer surrounded by the robotic and hypnotic drums from David Paslay. 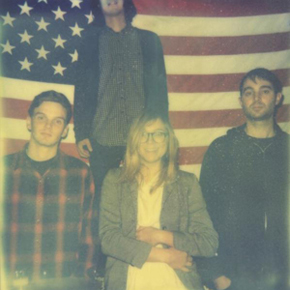 Permanent Collection Moonbell (encore Loglady Records), they’re not making the same kind of music but they as well are from San Francisco. This was originally the solo project of Jason Hendardy with the first and bright EP 12’’ Delirium (2011). He then decided to form a band with Megan Dabkowski, Brenden Nerfa and Mike Stillman and this collaboration became fruitful as they soon will be releasing a new album « Newly Wed Nearly Dead » in which we find the fabulous song All Right. We’re looking forward to it ! 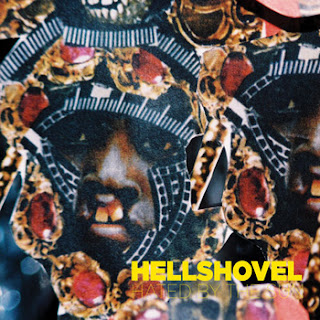 Hell Shovel is Demon’s Claw’s Jeff Clark other band. After having toured everywhere in the world to play his joyful rock and roll, they’re real soon going to release their new LP « Hated By The Sun » on the wonderful label Slovenly Recording. The title of the song « Summer’s Over » is not really going along with the season but it shows perfectly how great the LP is. For all the parisian people, you’ll have to make place in your agenda for Hellshovel’s gig the 31th of May at La Mécanique Ondulatoire with War Toy Machine (via Inch Allah Records). Demon’s Claw are also playing at La Méca the 8th of May with Sic Alps. Busy schedule in may… 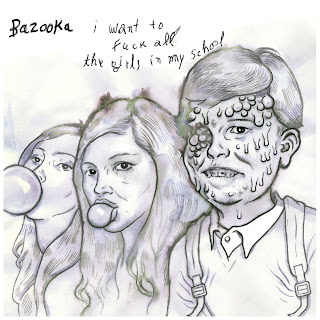 Greeks and high powered garage, still thanks to Slovenly Recording (encore)(thanks for all of these releases guys !). Bazooka have the perfect name for their music and they just released an amazing EP, which also has a good title « I Want To Fuck All The Girls In My School » which is available on the label’s website. They’re soon playing in Paris, the 9th of May with Gay Anniversary still at La Mécanique Ondulatoire and still with Inch Allah Records. 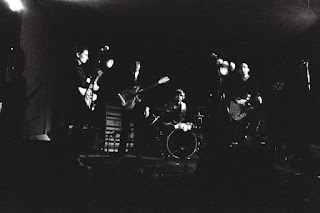 Actual Water is a great band from Toronto. Sharp guitars, innate melodies, we’ll meet all of these qualities on their albums and EPs. It’s kind of difficult to find some information about them so the best thing to do is to get their brilliant songs on their bandcamp here.
By the way, the last album is called The Paisley Orchard and is brilliant. 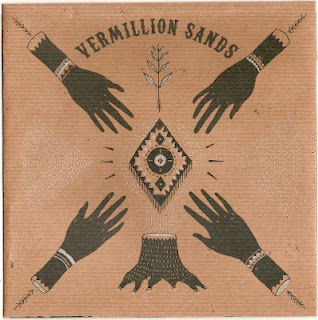 Vermillion Sands are Italians. They have released plenty of things on several of the best labels around the world : Rijapov , Fat Possum, Sacred Bones, Alien Snatch !, Hell!yes , Trouble In Mind...
Today, they’re coming back on the excellent italian/portuguese Shit Music For Shit People who released the 7’’ Summer Melody. Here you’ll find 2 great songs that would have set perfectly with Billy Childish and his Headcoatees stuffs… Available here .
They’re currently preparing the release of their 2nd LP. 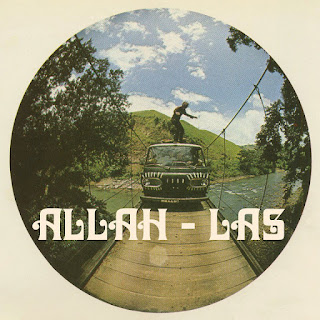 Allah-Las sounds as californian as we french imagine it: sun, sea, surf etc. This beautiful instrumental song is available on their new EP « Tell Me (What's On Your Mind) – EP » which was released a couple of weeks ago on the label Innovative Leisure. Here we can also find some of their great, older songs. 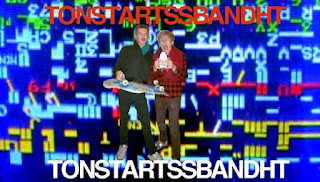 A weird name for a crazy music, it’s kind of like that with Tonstartssbandht. We discovered the two brothers Edwin Mathis and Andy White on the excellent mixtape Expressway and they recently released their first LP (Arbutus Records). For some extra information, they’re originally from Florida but they are now living between Montréal and Brooklyn. They will play the 18th of may at L’Espace B ! 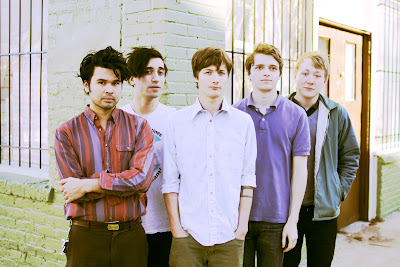 Lockett Pundt is Lotus Plaza but is also known as Deerhunter’s guitarist and singer along with Bradford Cox (who took the picture above). The numerous and excellent projects of M. Cox could have outshone his bandmate but if you dig a little bit you can understand the importance and influence of each one in the american quartet. This can be experienced in Lotus Plaza’s magnificent album « Spooky Action At A Distance »(Kranky). His 1st one « The Floodlight Collective » was already amazing and we hope that he’ll soon come and play in France. 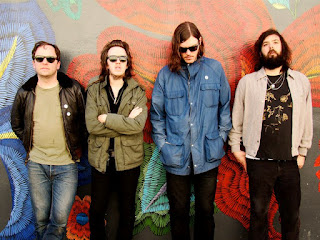 Tim Cohen’s Team is back with a new song which is devilishly good. Apparently it won’t be on the next record but it’s from their recent recording sessions. You can also notice that Fresh & Onlys’ , guitarist, Wymond Miles, released a couple of weeks ago a very nice EP, Earth Has Doors on Sacred Bones Records and he is preparing his first LP. A lot of things are going on in San Francisco. Anyway, it would be nice if Fresh & Onlys would come and play here soon, come on Tim ! 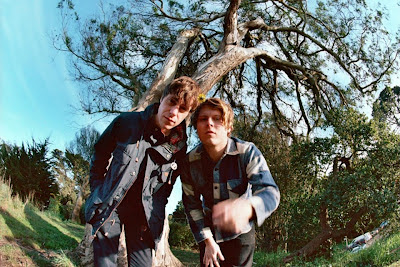 At last, they did it !, Ty Segall and Tim Presley (White Fence) teamed up for their new album ! What else can you ask for… It’s called « Hair » ( Dragcity) and it’s a sick psychedelic punk joint on which they perfectly complete each other. I’m not a game sets the bar high and you can check it out live here.
This year only, Ty is to release 3 albums, one by himself, one with his band (Emily Epstein, Charlie Mootheart and Mikal Cronin) and so, one with White Fence. Same game for Tim Presley with his two volumes Family Perfume (one which has already been released and the other which is announced for the 15th of May thanks to Woodsist). 5 albums in total for the two of them in 2012 and all at the same quality, hats off to you gentlemen ! I tried to count their whole production but it’s obscene (40 for Ty alone !). Those guys are profoundly marking our generation. Now we can only hope that they’ll tour together around here, as they do at home. 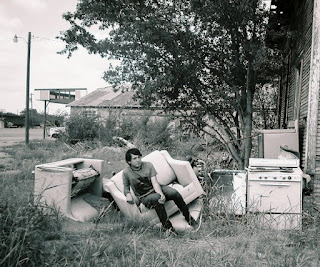 We don’t have to introduce Mikal Cronin. He is currently touring with his band, with Ty Segall in charge of the guitar, and with Ty Segall’s own band , where he’s responsible for the bass. Apparently, Mikal would come by France in June while Ty is announced for July. For now, there is no clear information and they are NOT announced for any show together except for a little festival in Brittany in august. Dear festival managers, you can’t miss these guys! It’s musical discrimination when considering the sad lineups of some festivals.
Situation is extracted from the first Mikal Cronin’s album S/T, from Trouble In Mind Records and an acoustic version has been recorded for the Violitionist Sessions. You can watch it here and also some other songs. 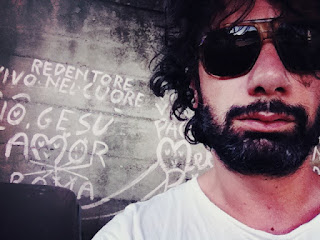 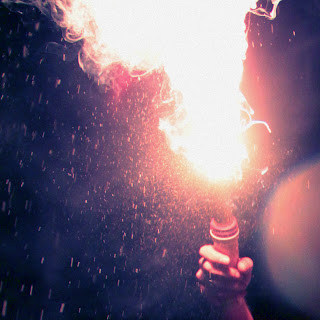 B.
thanks to A and JL