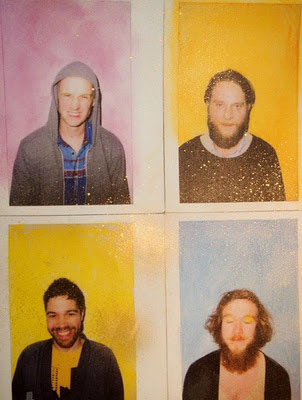 
Hhappiness are Elias, Simon, William and Oskar. They told us that they’re working/struggling and playing/living in Stockholm “at the bottom of the food chain, top of the hill”.
They describe themselves as “Hhappiness, Out Sounds Collective, a bunch of bands and artists, and also a band.”
Their music is weird, led by a real sense of melody through insane experimentation and a delightful freshness.
We discovered these happy people, (glada laxar in Swedish), thanks to French label Almost Musique and through our last music selection Wol XII.
They’ll release their first 7’ the 14th of February (here to get it) and we are obviously looking forward to their next releases.


x Definition of rock and music: 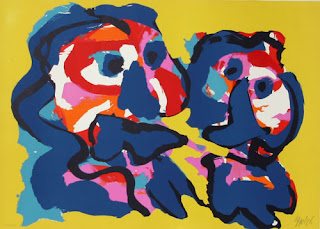 "Sunshine" by Karel Appel (of CoBrA).

A couple of shady, colorful individuals up to some delicious no good.

A couple of nights ago, Simon dreamt he was stranded on an island, chasing a duck - or similar nautical bird - trying to shoot it out of the sky with a bread roll. He had the fucker on lock when he realized that the bread was - like most bread - missing a trigger. Woke up bummed.

- Future 7" and album with Almost Musique and also various side- and solo-projects coming soon.