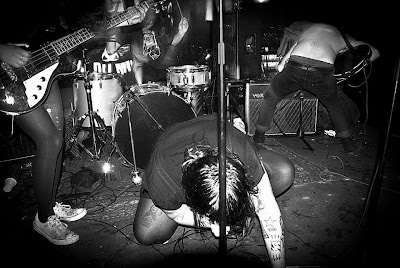 
Would you believe me if I’d tell you that the gates of hell are located in Bordeaux? Anyway, this is where fiends called Ali Macabre, Romain Lubrique, Dorian Le Marteau, Paula Satàn and Arthur Satàn are practicing their cursed cult with dirty and bewitched melodies. Here is the message they gave to us before answering to some of our questions:

“We are a group of fundamentalists located between the “Grand Parc” and CFDT’s castle from St Genès neighborhood in Bordeaux. We’re spreading the Word of Jésus Christ Satàn’s, the hidden son of Virgin Mary and M. Satanas”.

Last year they did an evil tour everywhere to celebrate their last LP Hell Death Samba. Now they’re preparing the release of a new one for the spring then they’ll continue their crusades (France, UK, US…) to enroll some new lost souls. 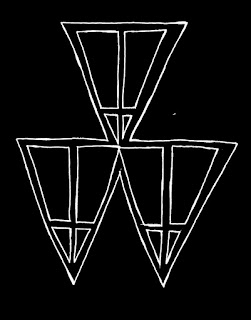 x Definition of rock and music:

We have rarely had to answer to that kind of stupid question but we’ll do it anyway. Rock is when the guitar has a more grainy sound than that of a pop band. 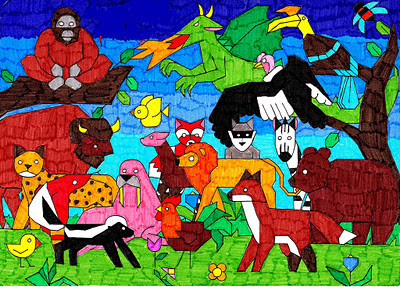 The one where we had this dreadful punishment from Satan. He made disappear all of the meat of the world to replace it with tofu.

In our bedroom, inside our boyfriend/girlfriend, listening to the original soundtrack of Conan The Barbarian.

“Not only is there no God, but try getting a plumber on weekends” Woody Allen, My philosophy.
This is one of Romain’s (the drummer) father’s favorite quotes.