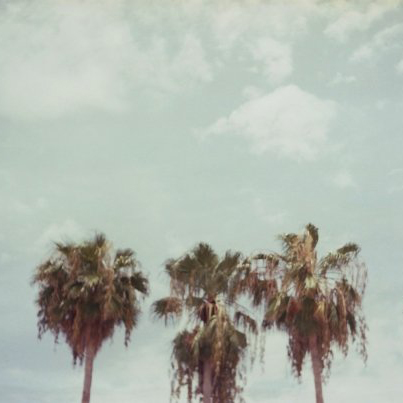 Click on the pic or here to get it or here!

Please support the artists by buying their LP, EP, CD, cassettes, mp3 and by going to gigs!
Thanks to JL for the cover pic. 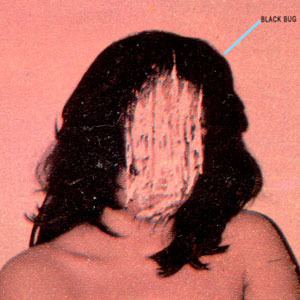 These Swedish guys from Gothenburg apparently just moved to Bordeaux. They’re preparing their 2nd LP to follow up the first one, which already has become cult. They also released some other 7’’ like this jubilant Police Helicopter. Their music take on a lo-fi base, with a sound ranging from garage sounds to synthetics waves. We’re falling under their spell. 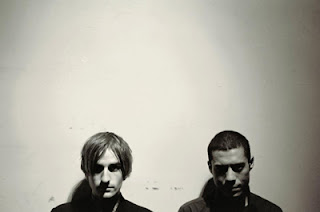 We earlier left Royal Baths in San Francisco; remember the nice interview with Jigmae Baer. We now meet them again, but this time in Brooklyn to where they recently moved. According to their own words “New York is wonderful and loud and dark”. The successor for their 1st and brilliant LP “Litanies” is the record "Better Luck Next Life" which is planned to be released in 2012 on Kanine Records.The good news is that they’re going to tour in Europe in spring 2012 and we will be able to enjoy their music in France at their gig here in the end of April where our ears surely are going to bleed! The guitars are shearing, the sound is stronger. The time for Royal Baths’ has come! 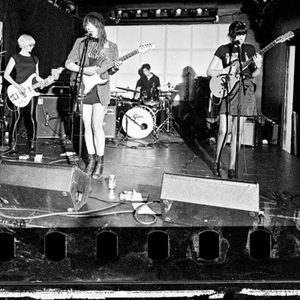 Hether Fortune is a member of Blasted Canyons, but Wax Idols is her main band. They’re from Oakland, CA and they released a 1st LP called “No Future” (Hozac Records) which is really great! 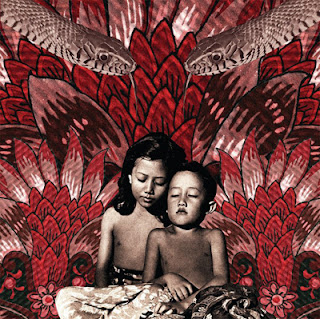 Feeling Of Love from Metz is Guillaume Marietta surrounded by his mates Seb Normal and Hess. They’ve been simmering their delicious feast for a long time through different projects, different labels and different backgrounds. They’re belonging to the kind of musicians who are so precious and yet so sadly underestimated in our dear country. However they don’t let this get to them and in 2011, they offered us a new pearl with their LP “Dissolve Me” (Born Bad Records) while continuing over and over to preach their faith during intense and crazy live shows. Feeling Of Love is a pride. 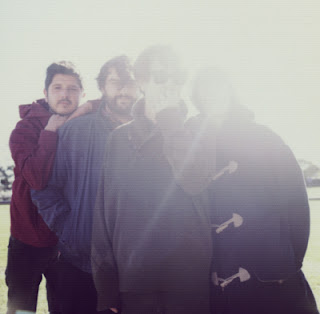 We waited for their LP for a long time. It came out a few months ago through Underwater Peoples and Chapter Music and it was worth waiting for as it’s a great album. Now, we only have to wait for them to come around… 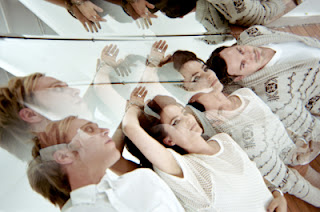 Blouse is definitely one of the revelations of 2011. This Portland group is brought to us by Captured Tracks (the best label today?). They’re going to play in February 2012 at La Route du Rock Hiver and at Fireworks! Festival hosted by Super. This project consists of Charlie Hilton, Patrick Adams and Jacob Portrait and their 1st LP, which was released last November, is awesome. 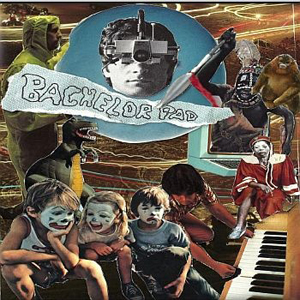 I discovered these guys thanks to Tom Crandles aka COLOURS. This is not a winter song but Summer’s Coming is a bomb. Their EP is downloadable on their bandcamp and they’re also working on a new one with Tom. 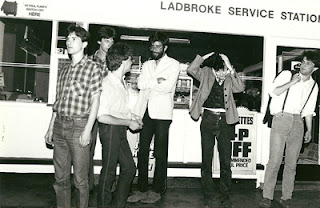 These English lads are a great example of forgotten bands from the 80’s which are so incredible and important that it’s like finding a lost treasure. We have to thank Acute Records, who had the bright idea to specialize in reissuing this kind of masterpieces. I really advise you to get as soon as possible the album “Return to Last Chance Saloon” which is a precious heritage. Thank you very much Messieurs Happy Refugees for your amazing music. 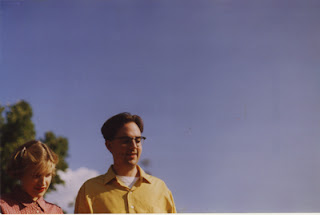 Back to Captured Tracks. Did you know that they had the great idea to launch a project called “Shoegaze Archives” with which they’re reissuing some golden pieces of the shoegaze universe? Should, from Austin, Texas, is for sure one of the inventors of dream pop and their record, released in 1994 during the rise of shoegaze when they went under the name of ShiFt, is now reissued and remastered by the New York label. 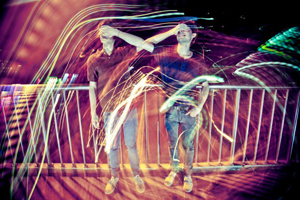 This project consists of Joshua and Simon Frank. They don't belong to any land. They are traveling across the world, spitting out their enraged music. We love it! 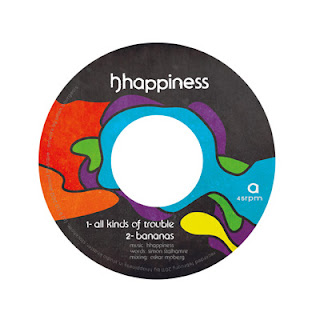 We’re back to Sweden but in Stockholm. Their unformatted music makes Hhappiness a really nice discovery to us. We can proudly thank the French label Almost Musique for having found them. Their first 7’’ will be released in January 2012 and you’ll see how brilliant and bizarre it is! As they haven’t released anything yet this song is a premiere. Le Pécheur originates from Hautes Alpes and they are now living in London after living in Lyon. We can truly say that they’re a part of the great European garage scene and it's one of the bands showing that this music is far from being minor. I know that it is sometime boring to talk about musical genres, as good music always stays good music. They'll be on tour everywhere in the beginning of 2012 and the 5th of january at La Mécanique Ondulatoire. 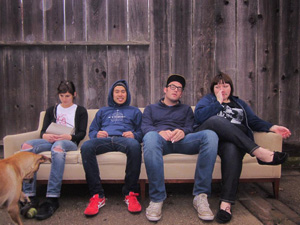 Monsters come from Stockton, CA. They haven’t released anything official yet but are recording plenty of nice stuff during the Christmas holidays. It’s dirty, it makes our ears hurt and it’s just really cool. 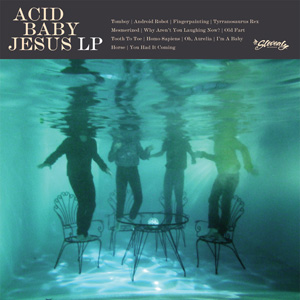 Acid Baby Jesus is a band from Greece. You can check out some nice info about these guys through our Foggy Quickview. Their 2011 LP is so great. Maybe that they are half gods? 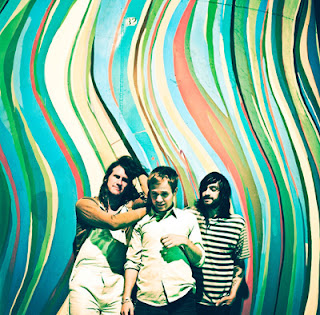 Wet Illustrated are another band from San Francisco. They hit us in the face with their first record 1x1x1 which was released a while ago. We dare stating that you can’t resist falling in love with some of their songs. Marketplace is crazy addictive. I don’t know if this is true, but it seems like they began music as a Television Personalities cover band. 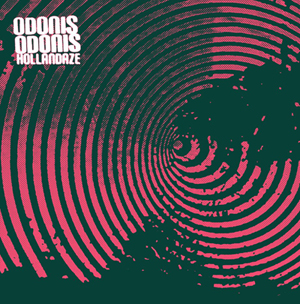 This is how these Canadian guys from Toronto describe themselves: Surf-gaze, punk, lo-fi, industrial. Everything is covered with that statement. I discovered the band from Dean Tzenos, Jarod Gibson and Denholm Whale by the gorgeous split they released with Lotus Plaza (Lockett Pundt from Deerhunter). Their record Hollandaze was released by Fat Cat Records. 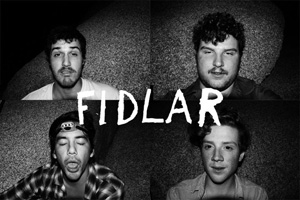 The first EP “DIYDUI” from crazy Californian Brandon, Max, Zac, Elvis and Ryan is really feisty and fast, as the name of the crazy song: Wake Bake Skate, nicely highlights. 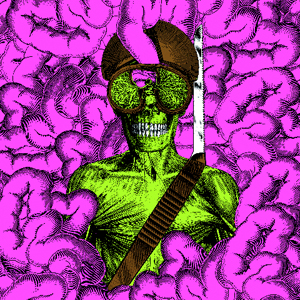 I won’t introduce Thee Oh Sees once more. John Dwyer’s crew released plenty of items in 2011 and always at the same high standard. Their last record Carrion Crawler / The Dream (In The Red Records) is definitely another killer! 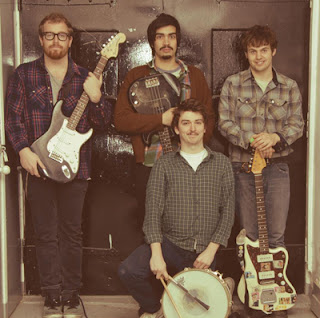 Sam and his mates are doing Hunk Rock. I would say more garage country? Nevertheless it’s good! Their amazing first album is available on their bandcamp. 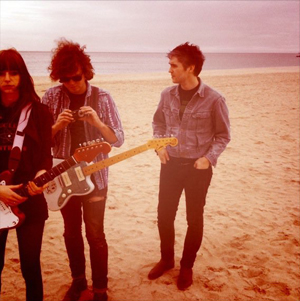 Ringo Deathstarr is in the top 3 for “best band name”. I didn’t completely like their first album but they changed my mind with their “Shadow Tour EP” where everything passed to another level. Shadow is maybe an anthem.
Elliott Frazier, Daniel Coborn, Galexy come from Austin, Texas. 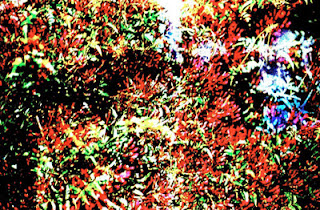 Tom Crandles, COLOURS, has already been introduced with the Foggy Quickview about him. He generously offered us his new song “In The Summer” while we’re waiting for an album. This song corresponds well with our high thoughts of him. 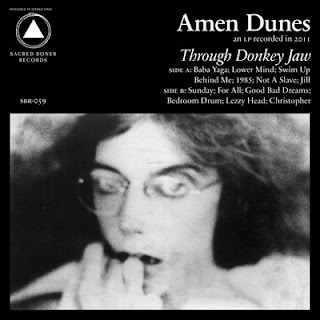 Amen Dunes is the solo project of Damon McMahon and it was created in 2006. He has been travelling and recording a lot these last years and he released his second “real” LP “Through Donkey Jaw “some months ago. This gem is available through Sacred Bones Records.


Thanks to all the artist, bands, labels, tour promoters, venues and musical parasites for this great musical year, 2011.