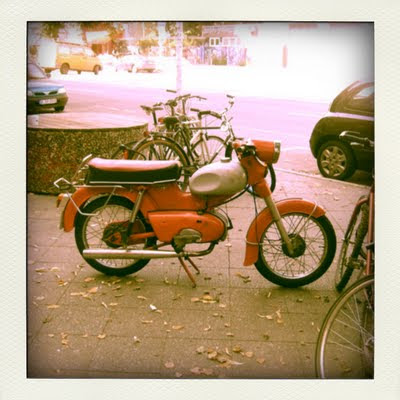 Click on the pic or here to get the selection!

Please support artists by buying their LP, EP, CD, cassettes, mp3 and go to gigs!
Thanks to BT for the cover pic above. 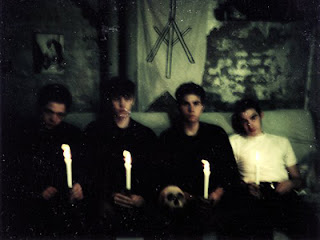 Fresh wind from Denmark: some punk and speed and a first record called New Brigade on the label Escho. Iceage leads us on a crazy trip to a shady Copenhagen by spitting their rage on us. Now, the Danish city can claim its place on the rock and roll map thanks to its new rascals. They're playing at Pitchfork Music Festival at La Villette the 10/28/2011. 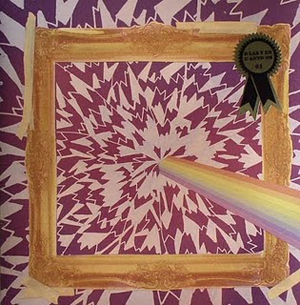 Blasted Canyons are resident of John Dwyer’s (Thee Oh Sees) label: Castle Face Records and they’re rad! They describe themselves as some “drag race music for mutants” and that’s actually a perfect résumé. Matt Jones, Heather Fedewa and Adam Finken are from San Francisco / Oakland and released their 1st album S/T some months ago. Go and check it out! 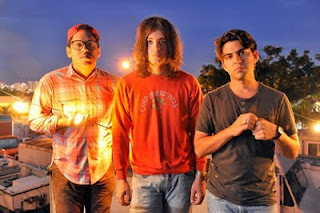 Miami Boys released a brilliant new record, « Glazin » via Hardly Art. They’re still as cool and we’ll never get bored of them! 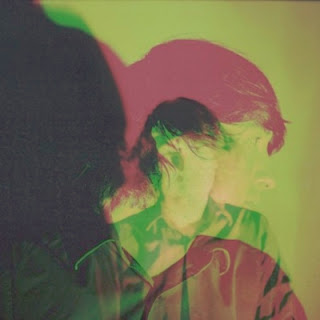 We have been following Mikal Cronin since sometimes now but today he’s hitting the sky! We already met him (between others) with Ty Segall and also with one of his band “Moonheart” which had a 1st killing album (cf Wol 7 Selection). Now, big time, he’s releasing on the 20th of September his first solo album through the brilliant label Trouble In Mind Records. It was recorded with Ty and with some collaborations like John Dwyer (for some flute solo) and there we can find some “Californian flavored” crazy and high level rock and roll and pop songs.
We can already say that this will be one of the best album of the year. It’s a MASSACRE!
Now, we’re looking forward M. Cronin to come to play in Paris. A common tour with Ty Segall could be crazy… 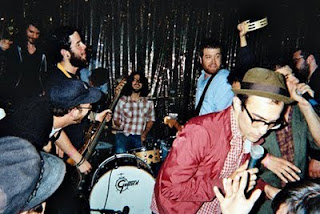 A new great contribution to the rock scene. The Daggers released in August 2011 an excellent 1st record via Limited Fanfare Records. Dragged out in a devilish and psychedelic atmosphere, these 5 guys from Miami definitely keep up our first hope. 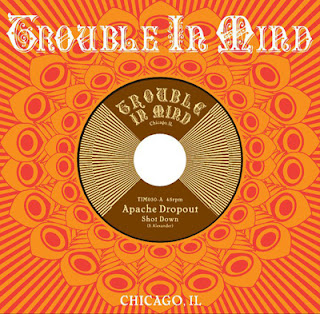 Amongst Trouble In Mind releases, Apache Dropout shot us in the heart with an epic journey in the Wild West… These guys are crazy! 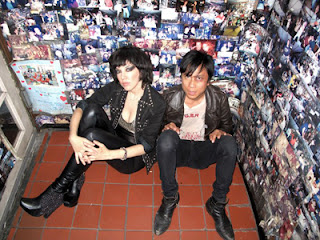 Xray Eyeballs is Carly (who’s playing with great Golden Triangle), O.J. , Rop and Sarah. They have released a lot of things with labels as Kanine, Hardly Art, HoZac, Night People and Party Store. Their new album “Not Nothing” prove to us that Brooklyn is still there! 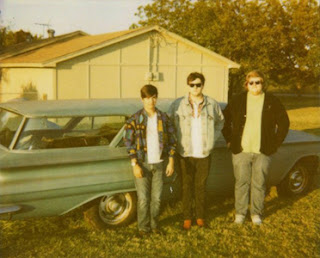 It’s always a pleasure to meet with Fungi Girls from Texas. Still at Hozac Records, they have released a little garage treasure in last july called « Some Easy Magic » and the Lucie song is introducing it perfectly. 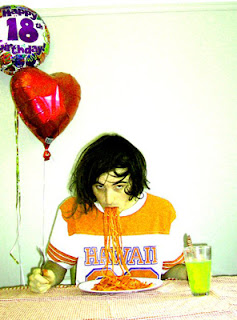 New comers from Brighton are surprising us with their fuzzy Britpop. Sam McGarrigle and his lads put England back in the good place for the rock and roll race with a first Teen Jamz EP released 08/08/2011. They’ll for sure play in Paris soon … 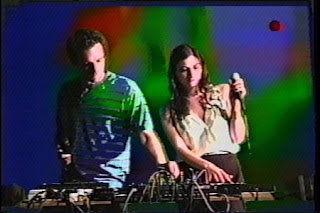 Still in Brooklyn where Aurora H. & J. Letkiewicz, originally from Maryland, hypnotize us with bass beats and dazzling noise. Some previous releases on the great label 100% SILK. 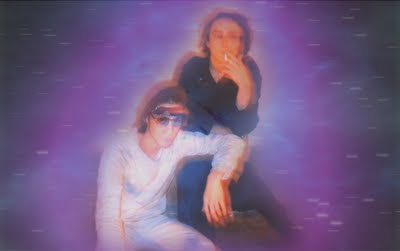 Tyler and Zak are still prolific even when they are in Paris. After a crazy EP on Maman Records, they’re currently recording their 1st album that we’re really looking forward to listen to.
These guys are genius, they’re recycling and creating all possible sounds to launch some sick bombs which do make our asses move.
Here is their exclusive and brilliant new track Girls On The Beach!
Before going back to USA, our favorite buddies will be playing the 2nd of September at La Flèche d’Or which is impossible to miss (the great band Shimmering Star is also playing this night)! Who wants more? 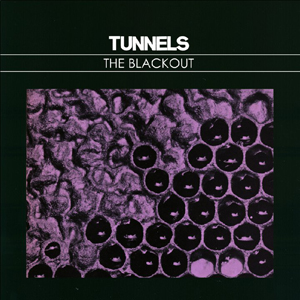 Tunnels is a lonely guy who is doing kind of kraut pop which is totally addictive. There are plenty of previous releases on Thrill Jockey, Sweating Tapes and a record called The Blackout. 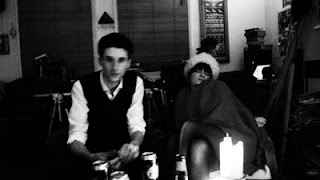 New comers Carousel are a duo girl/boy, Lucy Wilson/Nick Benton, from Guildford/Cambridge. The steam coming from some rests of Slowdive, My Bloody Valentine is nice to see reappearing. 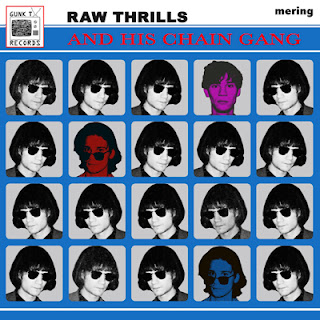 Zak Mering from Greatest Hits has a lot of others project with different moniker. Raw Thrills is one of them. On its last release, « Raw Thrills and his Chain Gang », (downloadable for free here), we’re meeting lots of pearls and Laurel Canyon Dreamin’ is one of them. 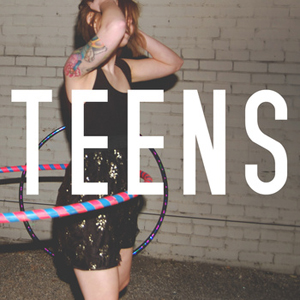 TEENS come from Boise, Idaho and do a gorgeous rock and roll and garage music. I advise you to check on their bandcamp and get their first record released this year. We’re keeping our eyes on them! 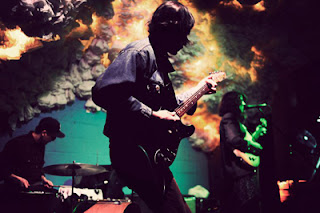 A first record released the 08/09/2011 on the untouchable label Captured Tracks. Widowspeak is a great hope. Their album was recorded with Woods’ drummer and it’s in the American desert that we’re meeting Molly Hamilton, surrounded by Michael Stasiak on drums and Robert Earl on guitar. 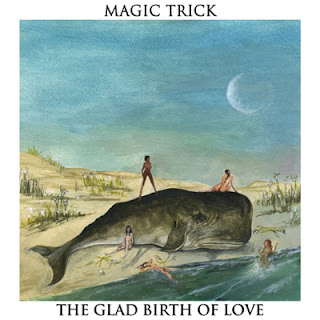 We already know Tim Cohen as being hugely productive (for the best!) with Fresh & Onlys and now he is coming with his Magic Trick for a new record called “The Glad Birth of Love” (Empty Cellar Records) released the 23/08. Apparently, Daylight Moon would be the shortest song. Here is an artist with an incomparable talent. We’re still far away from knowing all his mysteries… 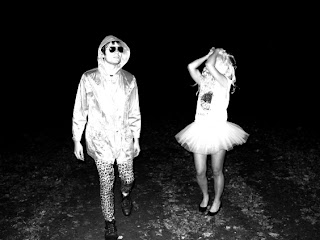 This is the project of Hollie Cook and the Crocodile Charles Rowell. Psychic Dancehall is a holy discover. Their first album, full of fog and reverb, will be released soon and will follow the already sold out single "A Love That Kills" 7" on Art Fag. 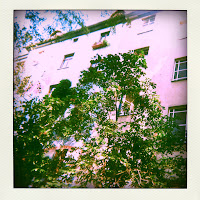