Eden Birch, Jeremy Cox and Jigmae Baer, the three talented members of Royal Baths, have just released their first LP “Litanies” on Woodsist. It was the occasion to present their band which has been discovered a few months ago and which song Nikki Don’t is available our Wol7 selection

I answered the questions without the others, it's hard to get all of us together for interviews.. im sorry if you expected lengthier answers, I did my best - Jigmae Baer 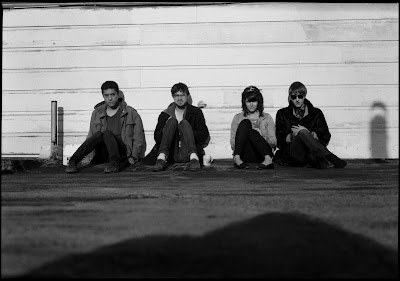 
Eden our drummer isn't on our recordings yet, but she is incredibly good, she might have the strongest stage presence of the three of us... She likes to play stoned so if were touring through your city please give her a joint or something.
Jeremy is the meanest guitar player around and you can only really understand that from our live shows, he's the best I've ever seen and it’s an honor to play with him.
my role is.. I sing like a creep and play guitar badly. 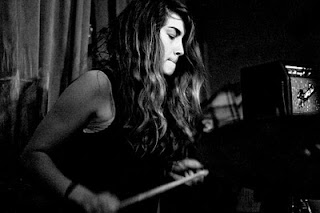 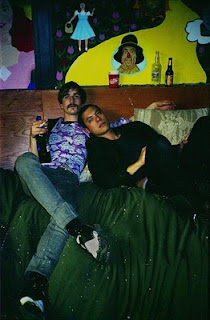 x How did that start?

The band began as a collaboration between Jeremy Cox and myself in my apartment on haight street in order to explore sounds and thoughts we wanted to hear but felt lacking in the music community.


x Was the “name change” because of the other artist named Baths? What’s the meaning difference between these 2 names now?

« The Laptop Baths » wrote us some time ago asking whether it was ok if he took our name, only thinking to make us aware of his theft after he saw we were both heading to SXSW last march… We said no of course, we had already released a 7", he never replied. Months later his record was picked up by Anticon and ours by Woodsist and both labels go through Revolver for distribution and as luck would have it the “laptop Baths” got their record in very shortly before ours. Revolver said they wouldn't release two Baths and we had to change our name. I went to speak with the laptop Baths” in person when he was in San Francisco because arguing over e-mail isn't something I like to do and he repeatedly told me to talk to his manager… The name means different things to us, its whatever imagery your imagination chooses... 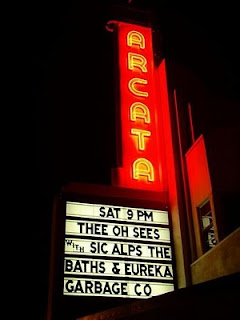 x The very simple influence we can tell about your music, is the Velvet Underground, like for the atmosphere, drums stuff, vocals, guitar… could you tell something about it?

With new music I think that people want to classify and compartmentalize too quickly… We have many influences that change from song to song... I understand that it’s easier to make a quick reference for someone to understand the overview of the music, I do the same thing, but.. well, believe me, there are a lot of bands that have guided our sound. On the other hand, I love the Velvets...

x Who is singing, like it’s kind of 2 levels of voices… why this choice? And what are your other influences, and approach in your music? Please explain why…?

Jeremy and I sing, two men... We used to practice and someone would be outside our door when we went for a smoke and they'd usually say they really liked the girl singing, but that’s Jeremy… I’m sorry, this question is asking me to write full essays and I don’t know if I can do that right now… 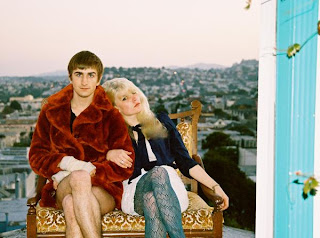 x On the myspace page we can see “Bath Always” peoples, who are they?

Those are friends who have played in the band at one time or other, whether it was a few shows or just one, filling in for one of us who was out of town or weighed down by school...

I played in Thee Oh Sees for a year, I was in the first incarnation of Ty Segall, I was also in a band called “The Perverts” with Ty and Charlie (who plays in the Moonhearts and Culture Kids) we put out a 7".. The Fresh and Onlys showed our « WZRDMNTN » tape to Woodsist who liked it and wrote us… San Francisco is a small city... friends...


x Who is Nikki and why she doesn’t fall in love?

This is an inside joke I can’t reveal, sorry... 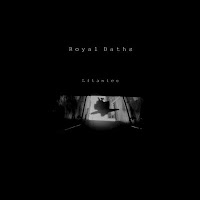 x What’s planned for your releases, and how can French people get these stuffs?

We have our first 7" on Rad Key, that’s sold out. A cassette tape on WZRDMNTN , that’s sold out. Our LP/CD on Woodsist that’s available distributed through Revolver... I’m not sure how to get it in France… as for whats planned, we are going to release a 7" on Hozac and a 7" on WZRDMNTN and we are ready to record another full-length but don’t know where that one will end up…


We really want to spend some time in France, hopefully we'll get to play some shows over there soon.