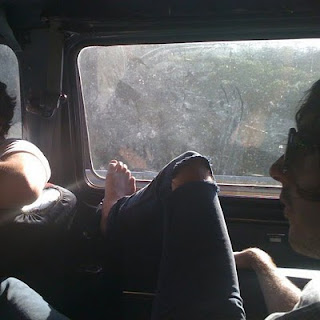 
For the summer, for the heat, for the road, for the sun, for you.

Thanks so much to Matt from Real Estate for the picture cover and please buy LPs, EPs, CDs, cassettes from these talented artists and go see them playing. 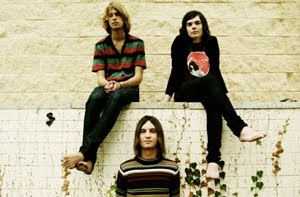 x Tame Impala - It Is Not Meant To Be

Some Australian people coming from nowhere, so so psychedelic… This is their first record, Innerspeaker, gorgeous, and they are playing in Paris at the end of August to confirm that all of this is not only a dream. 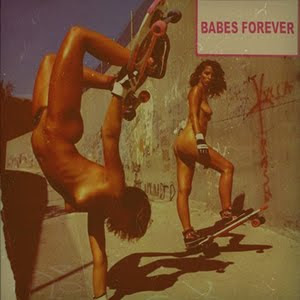 Coolrunnings is a recent discovery, they are close to bands like Memoryhouse and all of this scene that mixes a lot of influences from pop to I don’t know what and some electronic tunes. You can download for free their EP on their Bandcamp page. 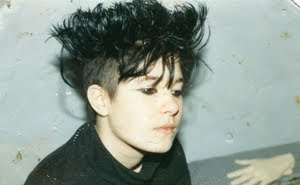 That’s funny because it sounds english but Minks comes from Brooklyn. This song is “coolos” as some French girls would say, just like their videoclip. We are waiting for more such great songs. 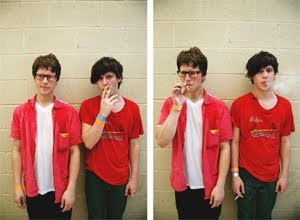 x Wavves - King Of The Beach

Nathan is back, celebrated by hipsters and respected by others. His new LP is called King Of The Beach, sounds better than the previous one so that’s nicer for sensitive ears. He has a flair for rock efficiency and we like it. Perfect if you’re on the road to the beach, grabbing your board of course… 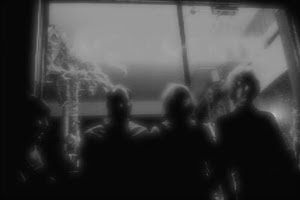 It is not really a new song but it is so good that we had to spread it as much as possible. Modern Lovers are jealous of them. They should come more often on the old continent because we love them. 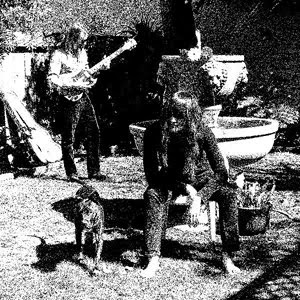 This song is so good and stand for all the things we love in rock and roll music.
Moon Duo are from San Francisco and we are waiting for them in July in Paris at Glazart. 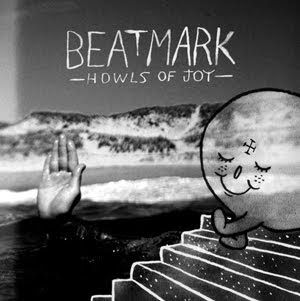 I love This is Pop, I love Yussuf Jerusalem, I love Adam Kesher, I love Beat Mark. Their first and brand new LP has already been released, together with a cassette on Burger Records. This is like gold, nothing to throw away. We just wonder how they manage to produce such nice songs. They remind us of Pastels, with a touch of garage. We hope they will continue to make so nice songs. 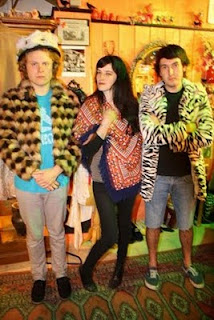 Ty cannot be ignored. He’s such a prolific musician who releases songs every months. Still working with Emily Rose and Mikal. I keep wondering why nobody book them in Paris. This song is taken from their last LP Melted, which is a sunny rock and roll bloodshed. Nothing more to say. Thanks again guys. 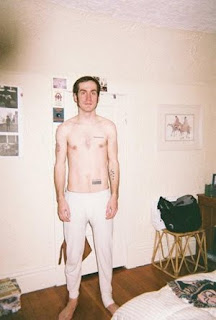 I guess Dead Luke is not dead. From Florida’s Dying, a very nice label that released Yussuf Jerusalem’s LP a long time ago before a French (happy and good) label re-released it few weeks ago… 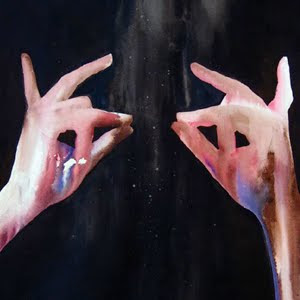 I'm not gonna speak again of Californian Mantles because it would be annoying but that’s not my fault if everything they’re doing is so great. New EP Pink Information on Mexican Summer. 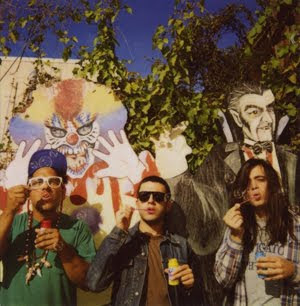 A bit of Florida and of jacuzzi is always synonymous with good health. Bricks or Coconuts has been released on Mexican Summer. This scene makes us revise the US geography and makes us believe in the American dream. 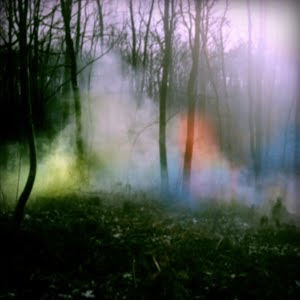 We don’t know very well who is/are Maria False, only that they’re from far far away... Strange as they have been closed to us for a long time. This song is a pure pleasure, they are playing some time in Paris so don’t miss it, it’d be a pity... 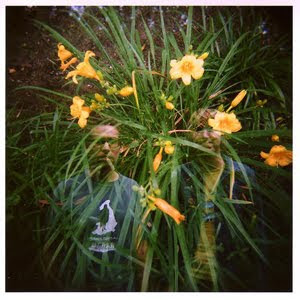 They are Texan people who release some stuff through Woodsist. They have posted this new song few days ago to have us waiting for their new LP on Hardly Art (Golden Triangle). That’s so cool because we love girls with English accent. 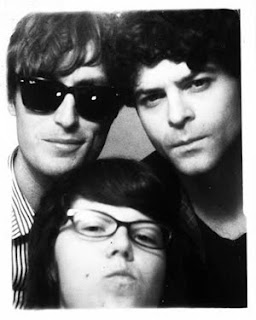 A band released on Hozac Records, and from Austin as well. They have released their first LP In and out back again which is gorgeous. Your Sorcery was released before and is dirty, rock and roll and bring a lot of hope. 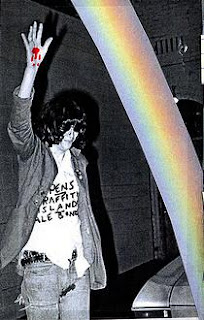 Signed on Sub Pop for their first record Nothing Hurts. Their music doesn’t hurt, it whips by its emergency and efficiency. They did a split with (our dear) Dum Dum Girls for the record store day. 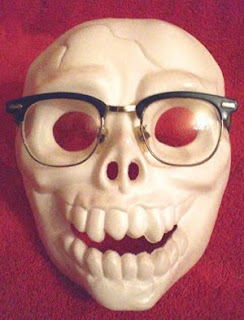 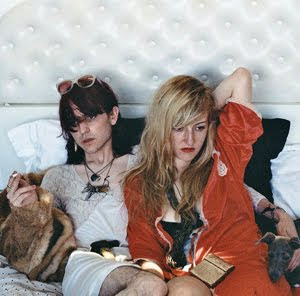 Jack Mannix and Angela Bermuda come from Sydney. They are a nice couple, do some white trash photos but their music is good. They played in some Australian bands of which I forgot the name. First LP is called Bruise Constellation and is very nice. Through Timberyard Records. 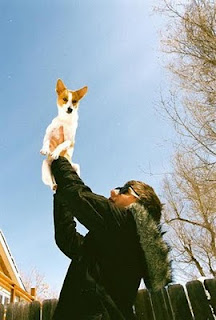 Gauntlet Hair is Andy and Craig from Lafayette, Colorado. This song is from their 7” I was Thinking on Forest Family records. I don’t have much to say about them but we’ll keep in touch. 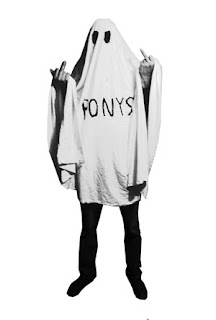 New song from their EP Deathbed +4 released few weeks ago on Matador. They would deserve a better gratitude in France because they are fucking good. Waiting now for their new record soon… 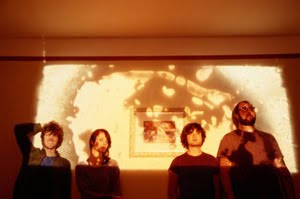 Darker My Love is Tim Presley who is White Fence too, and who was on last Strange Boys record (Be Brave). This song is from their second record (2) released in2008, and nobody talk about it here. Strange Boys told the next one would be awesome. So we are looking forward it by talking words. And they’re from Los Angeles. 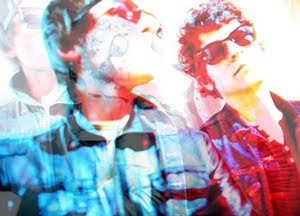 New song from Crocodiles after their gorgeous Neon Jesus, and now, Brandon and Charles are not joking anymore. Psychedelic, strong, so good, and they did it with James Ford… big time… 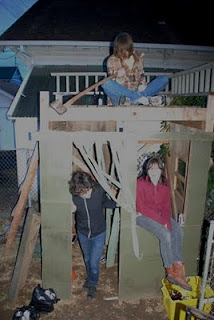 The Whines are from Portland, close to The Baths, a genious band we’ll talk about soon. Their first record Hell to play is magic, kind of dirty sometimes and with awesome melodies. Via Exiled Records. 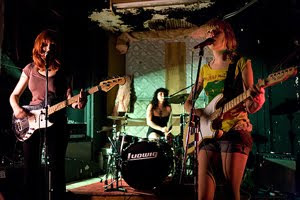 Vivian Girls did surprising Daytrotter Session where they gave a second life to their songs and confirmed their talent. You can download all the session here: http://www.daytrotter.com/ and they’re playing in Paris 22th of July in the Nouveau Casino for the Color Estival Festival (Strange Boys will come back too). We’ll be there for sure. 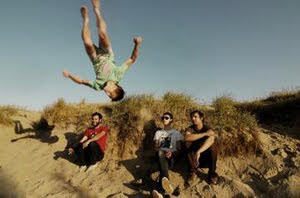 A friend of mine from Rennes makes me discover Women, he told me that they were supporting Deerhunter and doing good music. They are from Calgary, Canada. They did a first record on Jagjaguwar which was incredible and their next record (which is more than incredible) would be released in September and is called Public Strain. Eyesore is from it and is magnificient… 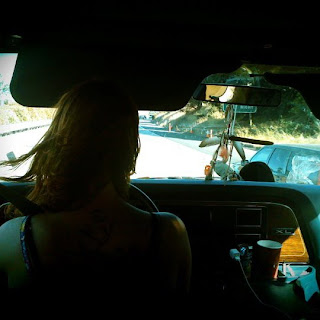